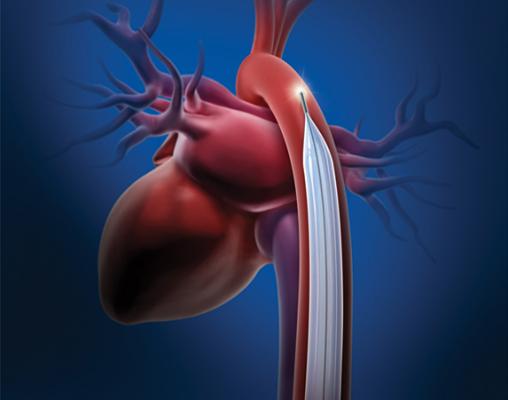 November 8, 2012 — A U.S. Food and Drug Administration (FDA) advisory committee is meeting Dec. 5 to discuss how to classify and regulate intra-aortic balloon pumps (IABPs), which have been grandfathered without clear policy since the FDA tightened regulations on medical devices in the late 1970s. The panel will also discuss classifications for two other grandfathered technologies, including external counter-pulsating (ECP) devices and cardiopulmonary bypass blood pumps.

On Dec. 5, the Circulatory System Devices Panel of the Medical Devices Advisory Committee will discuss making recommendations regarding regulatory classification of IABPs to either reconfirm to class III (subject to premarket approval application [PMA]) or reclassify to class I or class II (subject to premarket notification [510(k)]). IABPs and their control systems are one of the remaining pre-amendment class III devices.

In 1979, the FDA published a proposed rule for classification of IABP devices as class III requiring PMA. The panel recommended class III because the device is life supporting and because the panel believed that insufficient medical and scientific information existed to establish a standard to assure the safety and effectiveness of the device. The panel also stated that controversy exists as to whether the device is beneficial in the many situations in which it is used, and that it is difficult to use the device safely and effectively.

Subsequent to the proposed rule, in 1980, the FDA classified IABP devices into class III after receiving no comments on the proposed rule. In 1987, FDA published a clarification by inserting language in the codified language, stating that no effective date had been established for the requirement for premarket approval for IABP devices.

On Dec. 5, the committee will also discuss external counter-pulsating (ECP) devices. These systems typically consist of a treatment table, pressure cuffs and a controller. They are intended to provide noninvasive circulatory support by applying external pressure to the lower extremities during diastole to increase coronary perfusion pressure, and releasing external pressure during systole to reduce left ventricular workload.

On Dec. 6, the committee will discuss nonroller-type cardiopulmonary bypass blood pumps, another remaining pre-amendment class III device. These devices use a method other than revolving rollers to pump blood. The FDA has reviewed two types: Centrifugal type pumps utilize a rotor to impart energy to the blood in an extracorporeal circuit through centrifugal forces. These pumps are part of an extracorporeal circuit usually containing an oxygenator and are intended to provide cardiopulmonary support, during procedures such as cardiopulmonary bypass surgery, for periods lasting six hours or less. Micro-axial type pumps are comprised of a pump motor, a cannula and a catheter that connects to a console. These pumps are not designed to be used with an oxygenator but are temporarily placed within the heart or vasculature to provide cardiac support only.