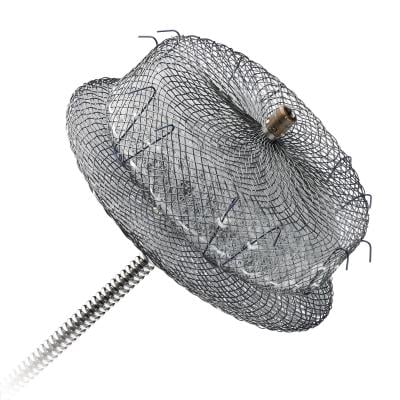 March 13, 2013 — St. Jude Medical Inc. announced the first patient implant in a new pivotal trial evaluating the company’s Amplatzer cardiac plug (ACP) for the prevention of stroke. The Amplatzer cardiac plug clinical trial is designed to determine if the ACP device is safe and effective in preventing thrombus (blood clots) from migrating out of the left atrial appendage (LAA) in patients with non-valvular atrial fibrillation (AF) who have a high risk for stroke.

The ACP trial is a prospective, randomized, multicenter clinical study with an adaptive trial design that will enroll no fewer than 400 and no more than 3,000 patients at up to 90 sites in the United States and Canada. The trial compares the safety and efficacy of the ACP device to traditional medical treatment using long-term, blood-thinning medication.

“Patients with untreated atrial fibrillation are four to five times more likely to have a stroke, which greatly increases their risk of disability or death. Dr. Forbes and I consider the ACP trial an important study as we look for ways to reduce this risk,” said Machado. “We are excited to contribute research that may help expand treatment options for patients.”

The Amplatzer device has been the market leader for LAA occlusion since its introduction in 2008. A self-expanding occlusion device constructed from nitinol mesh, and delivered via catheter, the ACP device is designed to completely seal the LAA at its opening, and minimize blood clots from forming in the LAA and migrating into the bloodstream.

According to the American Heart Association, an estimated 2.7 million Americans have AF and the likelihood of developing it increases with age. Defined as a quivering or irregular heartbeat (arrhythmia), AF can lead to blood clots, stroke, heart failure and other heart-related complications. AF is the most common heart rhythm abnormality in people over the age of 65. During episodes of AF, the heart contracts at rapid and irregular intervals, which can increase the likelihood of clot formation in the LAA. If a clot is released from the LAA, it can enter the blood stream and potentially travel to the brain, resulting in a stroke.

Each ACP trial study site will have specialists in electrophysiology and interventional cardiology, forming a collaboration between the two specialties. “The current standard of care for the prevention of stroke is warfarin or other oral blood-thinning medications that can be difficult for some people to tolerate, and may carry a risk of serious complications such as bleeding,” said trial investigator James Hermiller, M.D., an interventional cardiologist from St. Vincent Hospital in Indianapolis. “As physicians, we are always looking for new ways to best treat our patients. We hope the ACP trial will prove that we can reduce the risk of stroke in patients with atrial fibrillation through this minimally invasive procedure.”

“The Amplatzer cardiac plug has shown great promise in international markets, and we look forward to establishing the evidence required to make it available in the U.S.,” said Frank J. Callaghan, president of the St. Jude Medical cardiovascular and ablation technologies division. “The ACP trial is another example of significant investment by St. Jude Medical to develop landmark clinical evidence. This trial will help us understand the long-term benefits of LAA occlusion therapy for lowering the risk of stroke in atrial fibrillation patients and potentially improve their quality of life.”

The device is currently not approved for use in the United States. The ACP trial is conducted under an investigational device exemption (IDE) from the U.S. Food and Drug Administration (FDA). 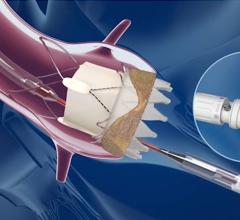 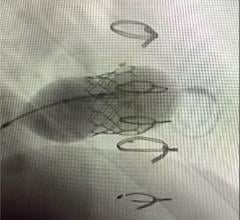 The balloon inflation to deploy an Edwards Lifesciences Sapien 3 TAVR valve in a failed surgical tricuspid valve. This valve-in-valve (VIV) procedures was performed at Beaumont in a 34-year-old female patient who was determined to be too high of a surgical risk for a second surgical valve replacement. 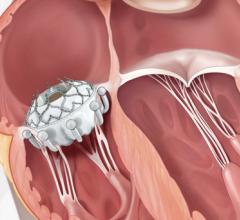 The 30-day outcomes from the TRISCEND study of the transfemoral Evoque tricuspid valve replacement system demonstrated technical feasibility and an acceptable safety profile, along with improvements in tricuspid regurgitation (TR) and symptoms in patients with clinically significant TR. 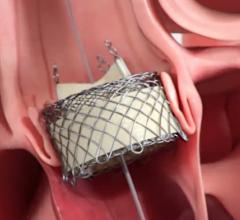 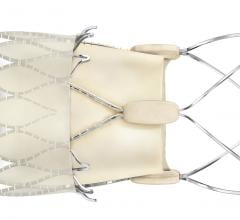 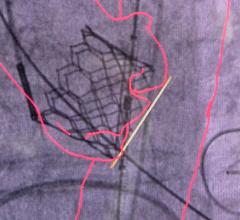 An Edward Lifesciences Sapien TAVR valve during an implant procedure on angiography. There are still questions on how to best anticoagulate TAVR patients and the ATLANTIS study found Eliquis is not a good solution. 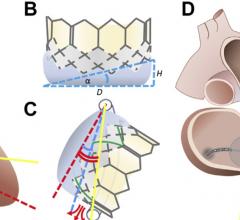 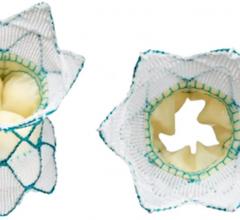 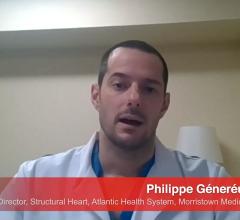 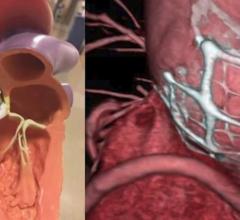