Heart Hospital: Not Skipping a Beat

At George Washington University Hospital, a lead EP doc is pursuing solutions to atrial fibrillation and its many haunting questions. 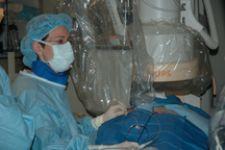 Dr. Cynthia Tracy, head of Electrophysiology at GWUH, is involved in AFib research and says that better tools can be developed for safely delivering energy to the myocardium for AFib ablation

Status quo is probably not a phrase in Dr. Cynthia Tracy’s professional vocabulary, because, in her daily combat against a disease that’s currently affecting more than two million Americans, good tools and treatment are simply not good enough.

Tracy, M.D., director of Electrophysiology Laboratories at The George Washington University Hospital (GWUH) in Washington, DC, is a leading authority and practitioner in cardiac ablation, a field that is gaining notoriety due to the rapidly expanding diagnoses of atrial fibrillation (AFib). Today, debate has moved centerstage as to whether drug therapy or AFib ablation is the more sound treatment for the disease, which can lead to chronic fatigue, heart failure and stroke. And Dr. Tracy wants to be sure her facility is a part of any advance that will answer questions and remove barriers to providing more people with better disease management.

One such effort is the CABANA trial (Catheter Ablation vs. Antiarrhythmic Drug Therapy for Atrial Fibrillation) spearheaded by Dr. Doug Packer at Mayo Clinic College of Medicine. Dr. Tracy, who attended an investigator’s meeting concerning AFib last fall, says she’s in the process of learning more about CABANA and hopes GWUH will be considered as one of the sites for the trial.

“We have to go back and ask the question, ‘Is AFib ablation a good thing or not?’ ” she said. “Does this change outcomes for patients with atrial fibrillation, because, for instance, the AFFIRM study showed that the outcomes in patients who were allowed to remain in [AFib] with great control in anticoagulation were as good or better than the outcomes of patients who we treated with antiarrhythmic therapy... you have to ask, ‘Are you doing them something good long term? Are you making them live longer?’ We know that we’re making them feel better, but what are we really accomplishing here in terms of altering disease states?”

Accounting for about 35 percent of all arrhythmias, AFib is a condition in which electrical signals that coordinate the muscle of the upper chambers of the heart become rapid and chaotic, resulting in an irregular heart beat, often exceeding 300 beats per minute, according to the Heart Rhythm Society (HRS). According to research last year by HRS, treatment for AFib is inconsistent in this country, and many physicians do not follow or prescribe according to existing guidelines, a deficiency that results in gross under-treatment of those afflicted with the disease — only 25 percent of people with AFib, experts estimate, are receiving appropriate care.

Ablation Consternation
Success rates with AFib catheter ablation are considerably below those for ablation procedures for other types of arrhythmias, says Dr. Tracy — between 80 to 88 percent, she estimated, and even so, more than one procedure may be required to achieve successful AFib ablation.

And there are mysteries aplenty when electrophysiologists are confronted with diagnostic decision-making and interventions.

“It is still an extremely challenging area to figure out what is the best technique to ablate these people,” said Dr. Tracy. “How do you know when you are dealing with something more focal versus something where the entire atrial myocardium has problems?

“What are the best tools for screening patients ahead of time?” she continued. “Are there some markers we can know and determine that it isn’t going to work? How do we define who is a good candidate? How do we define the lesion sets that we should be delivering? How do we assess efficacy with management afterwards? How do we handle anticoagulation? There are just a ton of unanswered questions in that particular area,” Dr. Tracy said.

“Given that AFib is the most common sustained cardiac arrhythmia there is, it is a big deal. If we can can come up with something that can effectively treat a significant portion of these patients, then it is a huge deal.”

That “something” that will lead to better outcomes may lie in robotic technology, Dr. Tracy believes. She cites Hansen as one company that has developed a tool for robotically moving the ablation catheter. Not currently FDA-approved in the U.S., the catheter tool is manipulated with a joystick by an operator who can sit remotely at a desk, Dr. Tracy explained. But issues of safety with the catheter system are still under investigation. (Please see sidebar from Robotics article)

What is commercially available in the present, she notes, is the robotic system sold by Stereotaxis, in which enormous magnets are used to virtually create the image and enable the operator to steer the catheter to the exact location in the myocardium.

“The beauty of the Stereotaxis is that the system’s catheter is like a piece of spaghetti,” she said. “Judging from the data from their studies, it looks like you would have to do something incredibly wrong to perforate with that catheter. I was talking to them and they couldn’t even tell me about any perforations that have ever occurred with their catheter. It’s so flexible. That could possibly be the future of EP.” 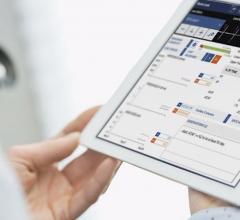 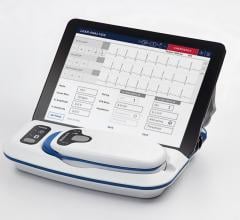 May 2, 2019 — Medtronic announced the company has received U.S. Food and Drug Administration (FDA) approval for the ... 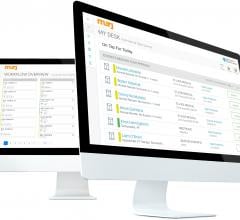 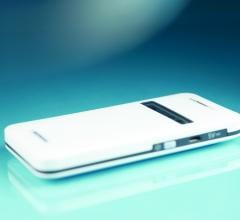