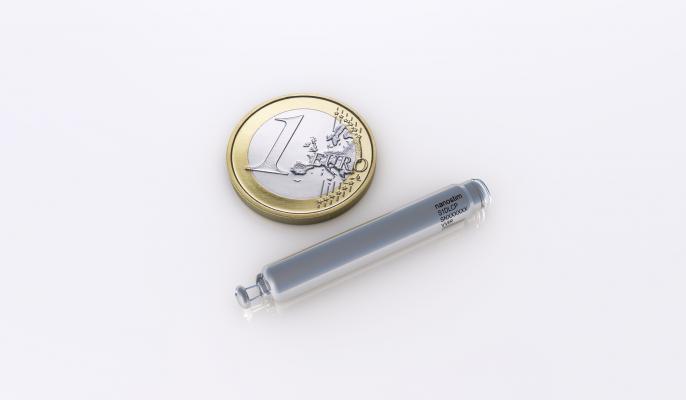 The LEADLESS study's long-term follow-up has evaluated 32 patients with a slowed heartbeat, bradycardia, who successfully received St. Jude Medical's Nanostim leadless pacemaker at hospitals in Prague and in Amsterdam. The findings, which assessed device performance and patient outcomes through 12 months of follow-up, show pacing thresholds (0.43 volts) and sensing (10.32 mV) of the leadless pacemaker device are equivalent to those in traditional pacemakers. In addition, there was no experience of infections or failure to sense, pace or communicate with the pacemaker.

"This is the first time we've seen one-year follow-up data for this innovative, wireless cardiac pacing technology, and our results show the leadless pacemaker is comparable to traditional pacemakers," says Reddy, who is the study's co-investigator and chairman of its steering committee. "Our latest findings further support the promising performance and safety of this minimally invasive, nonsurgical pacing device. More long-term follow-up of these LEADLESS study patients will further our understanding of the potential advantages, benefits and complication risks of leadless pacemaker technology, along with additional ongoing, larger trials."

The miniature-sized, leadless cardiac pacemaker is placed directly inside a patient's heart without surgery during a catheter-guided procedure through the groin via the femoral vein. The device, resembling a tiny, metal silver tube and smaller than a triple-A battery, is only a few centimeters in length, making it less than 10 percent the size of a traditional pacemaker. It works by closely monitoring the heart's electrical rhythms, and if the heartbeat is too slow it provides electrical stimulation therapy to regulate it. More than 4 million patients globally have a pacemaker, and 700,000 new patients receive one each year.

In comparison to a conventional pacemaker, the leadless pacemaker eliminates the need for a surgical pocket and no visible pacemaker device under a patient's chest skin, no incision scar on the chest, no connector wires or leads, and no restrictions on a patient's daily activities. The device's benefits may also allow for less patient discomfort, infections, and device complications and dysfunction. 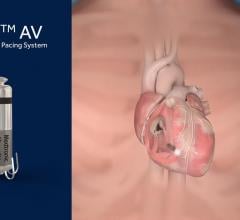