The Most Innovative Heart Hospitals 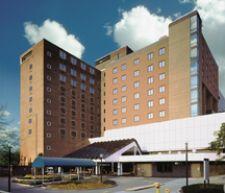 The Heart Hospital Baylor Plano in Plano, TX, said the entire hospital was designed around a patient-centered concept. Since it opened in January 2007, it has had outstanding patient satisfaction scores. 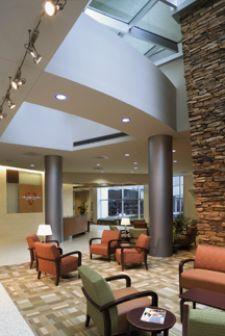 The Heart Hospital Baylor Plano in Plano, TX, said the entire hospital was designed around a patient-centered concept. Since it opened in January 2007, it has had outstanding patient satisfaction scores.

This summer we asked readers of Diagnostic & Invasive Cardiology to submit the names and feats of the most innovative heart hospitals in the U.S. Two of those submissions are highlighted here to explain how one significantly decreased its door-to-balloon time and how the other is separating itself from competing hospitals with outstanding customer service.

PinnacleHealth Heart and Vascular Services, at Harrisburg Hospital in Harrisburg, PA, has taken several steps to increase the percent of code STEMI cases treated within 90 minutes from 55 percent in 2006 to nearly 100 percent today.

“We have made a huge improvement,” said Cathy Timothy, RN, BSN, performance improvement specialist, Pinnacle Health System, who has worked to help decrease the times.

The hospital has been proactive in developing a regional code STEMI initiative for central Pennsylvania. This includes the adoption of the Physio-Control LifeNet system, so EMS can wirelessly transmit diagnostic quality 12-lead ECG information to the hospital so STEMI patients are triaged prior to their arrival. The hospital’s average door-to-balloon time dropped from 85 minutes in 2006, to 54 minutes in 2008.

Timothy said in April 2006 stakeholders from cardiovascular services and the emergency department started meeting to figure out how to drop their door-to-balloon times. She said they broke down the process at each step (door to ECG; ECG to physician review; review time to code STEMI activation; cath lab to device time; etc.). Worksheets were created so each time a STEMI patient is treated, a record exists of who was responsible at each step, the time each step took and notes about the case. These worksheets are also compiled and e-mailed to various departments as a progress report to show how the team performed. The information helped locate inefficiencies and help make changes based on real data instead of perceptions.

“We found people’s perceptions were not true,” Timothy said. “There had been a lot of misconceptions that it was a telecommunications center problem, but we found that was not the case when we started recording the calls and listening to the tapes.”

The biggest issue identified was a reliance on a pager system to notify staff of a code STEMI. It was found the system sometimes took 20 minutes to call all the people on a call tree. The system was eliminated and instead cell phones were issued for faster communications.

Additional steps were also removed and policies were changed. The ED changed policy to give all patients presenting with possible heart problems an immediate ECG at triage.

“We had to make sure the ED physician activated a STEMI code instead of waiting for a cardiologist,” Timothy said. “Now all an ED doctor has to do is make one phone call.”

When a code STEMI is called into the hospital’s telecommunications center, a quick code is entered to show a list of everyone who needs to be called. This even includes alerting security to hold an elevator and wait for the patient to bring them to the cath lab on the floors above the ED.
The hospital worked with area EMS agencies and helped secure funding to install wireless modems on the Physio-Control LIFENET STEMI Management systems in each ambulance. The pre-hospital information has allowed times to be cut by as much as 20 minutes, because cardiologists can be called in after hours and the cath lab readied prior to the patient’s arrival.
“Our times are lower than ever, so I suspect [LifeNet] has helped,” Timothy said. “Our goal is to increase the number of pre-hospital [code STEMI] activations.”

Sometimes changes that effect multiple departments are difficult to implement, but Timothy said the vice president of the hospital became involved in the process and helped ensure changes were made.

PinnacleHealth performs 5,000 interventional procedures per year. It has a staff of 250 and offers diagnostic, interventional peripheral and EP services, cardiac research and robotic cardiac surgery. It won the Hospital and Healthsystem Association of Pennsylvania Achievement Award in 2007 for Patient Care for Collaboration for Excellence in Cardiac Surgery, was named one of the 50 Best Employers for Workers over 50 by AARP in 2007, and was named one of Best Places to Work in Pennsylvania for five consecutive years (2003-2007).

In a growing era of competition, customer service and true “patient-centered care” is becoming more important. When design began on The Heart Hospital Baylor Plano in Plano, TX, it was decided to create a hospital that was truly “patient centered.” The $100 million, freestanding, full-service hospital dedicated solely to heart and vascular care has a staff of 400 and opened in January 2007.

The hospital treats patients as if they are guests at a five-star hotel. The guests and visitors are greeted and parked by a valet service, greeted at a reception desk and walked to registration and then to one of the hospital’s 68 private suites. The suites are designed to combine high-quality medical care with the ambiance of a luxury hotel. Each suite features hardwood-style floors, wall-mounted flat-screen TVs and contemporary floor-to-ceiling windows that fill the room with natural light. While the flat-screen televisions can be used for entertainment by guests and family members, they are also used as communication tools by physicians to illustrate procedures. In an adjoining living area, family members find cozy chairs, reading lamps and a sofa that converts into a bed without compromising critical floor space that may be needed to accommodate equipment necessary for a guest’s treatment. The hospital’s wireless environment enables convenient Internet communication with friends, family or business associates. Patients can also order food off a menu and have it served when it is convenient for them, instead of when a central services food cart arrives.

“This is not about an attractive building with the latest technology and a lot of doctors who know what they are doing,” said Brad Leonard, M.D., chief medical officer and vice president of medical affairs. “A lot of it has to do with the attitude of the employees, and that does not cost an extra dime.”

He said customer service is stressed to all levels of staff and it is the simple things that make the difference, such as saying “good morning” and catering to guests’ needs. “Those little things don’t cost a dime, but it means the world to the patients,” he explained.

“I’m a good cardiologist, but there are a lot of good cardiologists out there, so the way I separate myself is by the way I treat my patients,” Dr. Leonard said. “It takes something special to make patients feel like they are not just another number.”

He uses the analogy of when people go out to dinner they usually return to restaurants where they had excellent service. He said most people will not remember what was in the potatoes, but they will remember good service. The food can be great, but with bad service most people will eat someplace else next time. He said the same is true in today's competitive climate with hospitals.

“Culture is what you do — it is not what you say in your mission statement or in a slick PR package,” Dr. Leonard said of the patient-centric philosophy the hospital adopted.
He said good leadership is needed to stress this culture so it trickles down to the rest of the hospital staff. This is especially important for nurses and ancillary staff members, since they have the most contact with patients and those are the people who will be judged for the quality of the hospital.
“I only see a patient for 30 minutes to an hour a day. I’m not caring for the patient, the nurses and the environmental services people are,” Dr. Leonard said.

He explained it’s important all staff members understand their role for customer service. The Heart Hospital stresses to all staff members to treat guests as they were their own fathers, mothers or daughters. This attitude has paid off not just in 99 percent patient satisfaction scores, but also in clinical outcomes.

“It helps outcomes with the general condition of the patient, because patients get better faster when they are comfortable and happy,” Dr. Leonard said.

Rather than being moved from place to place in the hospital, guests remain in the same suite throughout their stay, except for their procedures. The hospital uses an advanced universal bed care model, where all suites are wired so they can be used as a private ICU if needed. This concept is the only place where The Heart Hospital has had “bumps in the system.” Dr. Leonard said specialty staff, such as ICU nurses, need to track down their patients in individual rooms since they are not grouped in an ICU.

The Heart Hospital said it consistently earns a 99 percent ranking in patient satisfaction according to the nationwide Press Ganey patient survey. The hospital says the scores directly relate to its innovative approach to guest services and amenities.