When choosing a guide wire or opting between the femoral or radial technique for PTCA, 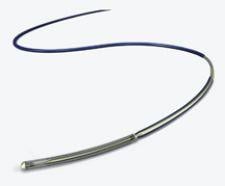 Available in light, medium and support versions, the Zinger guide wire from Medtronic is designed for advanced steerability and torque control with a stainless steel core wire. 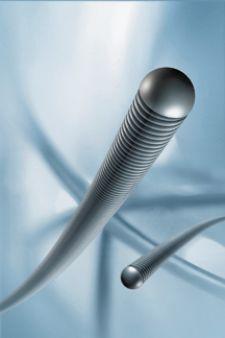 Available in light, medium and support versions, the Zinger guide wire from Medtronic is designed for advanced steerability and torque control with a stainless steel core wire.

Safe delivery of the balloon or stent through fragile vasculature during percutaneous transluminal coronary angioplasty (PTCA) procedures is an important criterion for successful patient outcomes.

When performing day-to-day PTCAs, most cardiologists reach for a “workhorse” wire to guide their course. Physicians choose these conventional coronary guide wires based on personal preference, taking into consideration factors such as torque response, feel, trackability and support. For more complex cases, including tortuous anatomy, calcified lesions and chronic total occlusions (CTO), specialty guide wires can provide the extra support needed for device delivery.
“Most operators will tell you 80 percent of their cases can be done with workhorse wires that don’t have any special characteristics,” said Christopher Pyne, M.D., interventional cardiologist with the Lahey Clinic Medical Center, Burlington, MA. Popular workhorse wires at the center include the Medtronic Zinger, Abbott’s Asahi and the Guidant BMW.

“It’s not so much what wire you choose that is important, but rather how comfortable you are with it. Guide wires are the most tactile-based tool that cardiologists work with, and the tool that we like to change the least,” explained Dr. Pyne.

For complex cases, personal preference combined with the type of procedure being performed determines guide wire selection. For example, when trying to cross a CTO, Dr. Pyne practices a step-wise progression: He starts with a more slippery hydrophilic wire first, and if that is unsuccessful, he switches to a stiffer, stronger wire. Each operator needs to decide how aggressive he wants to be for a particular case and choose guide wires accordingly, he said.

The workhorse wire of choice for Tak W. Kwan, M.D., FACC, FACP, is the Runthrough NS from Terumo. He first began using the Runthrough NS in Asia over two years ago, and now that it is available in the U.S., he uses it for 90 percent of his day-to-day cases. Dr. Kwan is senior associate director of cardiac catheterization laboratory and interventional cardiology, Beth Israel Medical Center and associate clinical professor of medicine, Albert Einstein College of Medicine and NYU School of Medicine.

“Once I started working with the Runthrough, it quickly replaced my previous workhorse guide wire,” said Dr. Kwan.
He attributes his change in preference to what he believes to be Runthrough’s advantages over other wires, including its 1-to-1 torque, its silicone coated tip — which is less likely than hydrophilic coated tips to perforate the blood vessel — and the tip’s ability to retain its shape throughout an entire procedure. He also appreciates the support provided by the Runthrough NS.

When navigating a tortuous vessel or passing through a CTO, safety becomes an issue because normally a very stiff, thick guide wire is used, which can increase the chances of perforation, said Dr. Kwan. In his experiences, the Runthrough NS has produced good outcomes even in complex cases such as these, and although he realizes it may not be suitable every time, he recommends trying the Runthrough NS first to reduce perforation risk.

Of the more than 400 cases per year that Dr. Kwan performs, 90 percent are radial procedures. Instead of accessing the body’s circulatory system through the femoral artery in the groin, the entry point is the patient’s radial artery located in the wrist.

Radial procedures boast a lower complication rate — almost zero according to Dr. Kwan — and are more comfortable for patients because they can usually ambulate immediately afterward. Advocates also point out that because of anatomy (e.g, obesity) or a high risk of bleeding, certain patients can benefit more from the radial approach. But while the technique is very popular in Europe and Japan, it has yet to be embraced in the U.S. Dr. Kwan attributes the lag to lack of experience and formal training programs, along with a steep learning curve.

Arthur Lee, M.D., director of California’s Kaiser South Bay Medical Center and the cardiac cath lab, Kaiser Santa Clara Medical Center, agrees that the technique’s learning curve is a detriment to its widespread use in the U.S. Because the radial approach presents more anatomic challenges than the femoral approach, it’s estimated that cardiologists don’t feel comfortable with radials until they’ve performed on average about 100 cases.

The radial approach was first introduced in the mid-1990s in an effort to reduce post-procedure bleeding and hospitalization times, according to Dr. Lee. Shortly thereafter, vascular closure devices — clips, sutures and patches designed to promote rapid hemostasis and reduce access site complications — hit the market and the number of radial procedures declined as doctors returned to the more familiar femoral approach. Yet despite their popularity, vascular closure devices are still associated with significant bleeds and complications, explained Dr. Lee.

“Reducing the risk of bleeding is the major reason doctors are revisiting radial procedures,” said Dr. Lee. “With stents and straightforward lesions the results [from the radial approach] are very predictable and the risk of complications related to closure are very, very low.”

Newer equipment — better guides, better catheters and more deliverable drug-eluting stents — have also played a role, as has the changing perception of angioplasty. In Europe, for example, they have begun doing same-day angioplasties, and with reimbursement as a catalyst, a trend toward ambulatory or outpatient angioplasty is also beginning in the U.S., said Dr. Lee.

As his preferred approach for coronary angiograms, Dr. Pyne performs several hundred radial procedures each year, and even lectures on the approach. But he understands why many other cardiologists have yet to embrace the technique.

“There is no way of getting around the fact that there is a significant learning curve associated with radial procedures. Cardiologists are creatures of habit; many don’t want to take what they consider a step back and struggle with a case they feel they can do simply and easily with the femoral approach,” said Dr. Pyne.

Many of the cardiologists he encounters who are familiar with the approach learned it as fellows. In order for it to really catch on and grow in the U.S., therefore, cardiology fellowship programs need to make radial angiography an integral part of their training regimens, said Dr. Pyne.

During his lectures, Dr. Pyne imparts practical advice for shortening the procedure’s learning curve based on experiences he and his colleagues have encountered. He shares tips on patient arm positioning, room set up for smoother workflow, and also addresses the anatomical differences between the femoral and radial approaches.

Despite his enthusiasm for the procedure, Dr. Pyne cautions that the radial approach is not a panacea, nor is it something you can just dabble in. “Technically more challenging, it’s suited to higher-volume operators, and you need to stick with it in order to develop expertise, but in the end it’s worth it.”