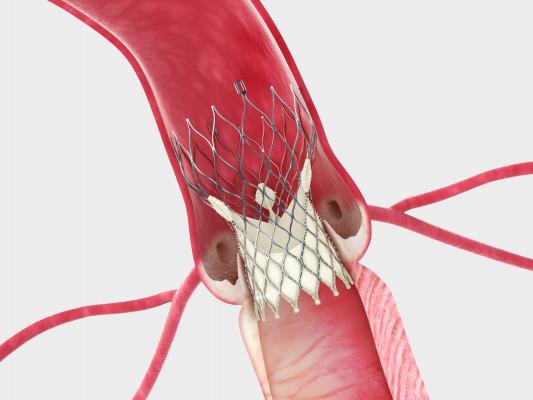 April 22, 2014 – The Federal Circuit Court of Appeals granted a request from Medtronic Inc. to postpone the implementation of an injunction that would have prevented the company from selling its CoreValve System in the United States. The April 21 decision means the injunction will only take effect if the appellate court determines the injunction was properly issued.
In addition, last week the Court of Appeals agreed to an expedited appeal of the injunction ruling, with the last appeal brief to be submitted by June 19. Medtronic does not believe Edwards Lifesciences, which brought the motion for a preliminary injunction, has met the standards needed for an injunction, particularly with respect to the impact it will have on the public interest.
“We believe this ruling is good news for patients who need the CoreValve device, and our primary objective has been to work closely with physicians to ensure that their patients are able to get the therapy they need,” said John Liddicoat, M.D., senior vice president, Medtronic, and president of the Medtronic structural heart business.
Edwards Lifesciences  said in a statement that the 2-1 court decision does not reverse the federal jury's finding of Medtronic's willful infringement, for which all appeals have been exhausted, and does not affect the determination of additional damages.
Last month, data presented at the American College of Cardiology (ACC) annual meeting and simultaneously published in The New England Journal of Medicine showed that patient results with CoreValve System were superior to surgical aortic valve replacement (SAVR) at one year in patients at increased risk for surgery. This is the first time a prospective, randomized study has shown any transcatheter aortic valve to be superior to surgery.
The CoreValve System received approval from the U.S. Food and Drug Administration (FDA) in January for patients at extreme risk for surgical valve replacement. The CoreValve System is not yet approved in the U.S. for other patient groups. Upon reviewing the CoreValve Trial’s results for high-risk patients, the FDA determined it has sufficient information to evaluate the safety and efficacy of the Medtronic CoreValve System for this patient group without the need for an external expert panel.
The courts’ rulings have no impact on the sale or marketing of CoreValve outside of the United States or the use of CoreValve in the current U.S. clinical trials.
For more information: www.medtronic.com, www.edwards.com