News | Antiplatelet and Anticoagulation Therapies | May 09, 2016 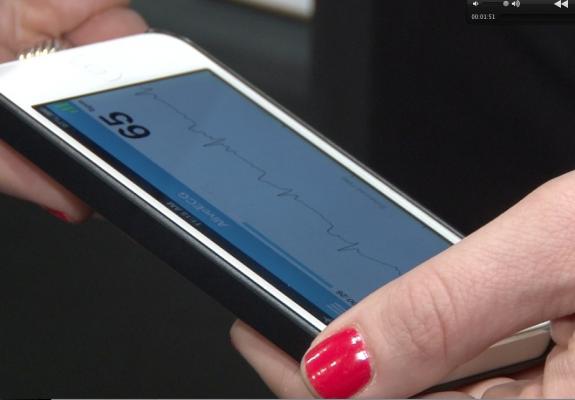 May 9, 2016 — A new study shows the use of novel anticoagulants to treat atrial fibrillation (AF) on an “as needed basis” guided by diligent pulse monitoring can be an effective and safe way to lower overall risk of stroke. The study includes motivated patients that were eager to seek an alternative to long-term, daily oral anticoagulation therapy (OAT) after ablation or drug therapy. The research was presented at Heart Rhythm 2016, the Heart Rhythm Society’s 37th Annual Scientific Sessions.

OAT is recommended in patients with infrequent AF and stroke risk (CHA2DS2-VASc) scores that are ≥ 1. However, chronic OAT is associated with a well-defined bleeding risk, which leads patients to be reluctant to take long-term, daily OAT. Patients are especially reluctant when they are able to monitor for AF through manual or device-assisted pulse monitoring. Monitoring one’s pulse via mobile devices like smartphones has become increasingly accessible and accurate over the last several years, offering comprehensive screenings and enabling personalized treatment.[1]

The study enrolled a total of 100 patients aged 45 to 78 with CHA2DS2-VASc scores ≥ 1. Before the study began, all patients had no AF recurrences during an extended period of electrocardiogram monitoring and were willing and able to check their pulses manually or by a smartphone-enabled device (via AliveCor) twice a day. All patients were also considered highly motivated, meaning they were actively seeking, preparing for and committing to this alternate treatment method. Eighty-four percent of patients had been ablated, 16 percent were being treated with drug therapy and three patients had implanted devices that served as a quality control check. All patients were provided with a NOAC — such as rivoraxiban, apixiban and dabigatran — and were instructed to start taking the medication if they suspected or confirmed an AF episode lasting longer than one to two hours.

“This alternative to long-term anticoagulation therapy requires very close and consistent interaction between patient and doctor. It’s imperative that the patients are extremely motivated and informed about how to effectively monitor their pulse throughout the day,” said lead author Monica Pammer, PA-C, a physician assistant at the Hospital of the University of Pennsylvania. “We’re confident that this alternate treatment method is a viable option for low-risk patients who are willing and able to keep a vigilant eye on their pulse and stay closely connected with their doctor if they do experience AF and need to take an anticoagulant.”

During a follow-up of approximately 23 months, 28 patients started taking the blood thinner at least once for suspected or detected AF episode and only 10 patients transitioned back to chronic OAT for recurrent AF episodes. No patients experienced a stroke or transient ischemic attack and there was only one mild bleeding incident (epistaxis) that required medical attention.

“In general, about half of the patients we treat look for alternatives to OAT as they are wary of the increased bleeding risk that comes with taking a blood thinner long-term. We wanted to explore other options and provide them with an effective, safe alternative,” said co-author Francis E. Marchlinski, M.D., FHRS, director of electrophysiology for the University of Pennsylvania Health System and Richard T. and Angela Clark President’s Distinguished Professor in the Perelman School of Medicine at the University of Pennsylvania. “Our study results are encouraging because it’s the first time we’re seeing that an ‘as needed’ approach can work for a specific patient population and provide an alternative to help lower stroke risk and improve overall patient care.”

As this is a pilot study, the authors note that the observational reports should be substantiated by further research in order to better understand alternate treatment options for this particular patient population. The study authors also urge that “as needed” OAT should not be considered an option unless a patient is willing and able to be diligent about twice-daily pulse monitoring.