Bioconvertible IVC Filters Could Eliminate Retrieval and Other Complications in Patients

November 23, 2011 – Many specialists question whether a permanent inferior vena cava (IVC) filter can be developed where it does not have to be retrieved from the patient.

This was a question posed by David Rosenthal, M.D, clinical professor of surgery at the Medical College of Georgia, and chief of vascular surgery, Atlanta Medical Center, (Atlanta, GA) at the 2011 VEITH Symposium.

Rosenthal introduced the audience to a novel IVC filter that is intended to offer temporary protection from a pulmonary embolism (PE) for a period of time and then become incorporated into the vena cava wall. This might solve clinical problems that occur with retrievable filters, namely: filter tilting, perforation, migration, and fracture, etc., as well as the fact that the patient must return for a second invasive procedure to retrieve the filter at a later date.

The Novate IVCF from Novate Medical is a biodegradable and bioconvertible filter. It is designed as a filter with a stent-like frame. The device stays as a filter in a conical shape for a minimum of 60 days and then converts into a stent-like configuration that becomes covered by endothelium, and therefore part of the wall of the IVC.

Rosenthal described results from animal studies that support the safety and performance of these filters. Fifteen filters were implanted in sheep, and at 6 months, a study of the large vein in 10 sheep showed that the filters were incorporated into the IVC wall with normal unobstructed blood flow. Rosenthal also briefly discussed the on-going first in-man study. This study has thus far demonstrated that the device remained in its correct filtering configuration for greater than 120 days and had converted to the stent configuration by 180 days. Importantly, no pulmonary emboli have occurred and there have been no device-related problems. 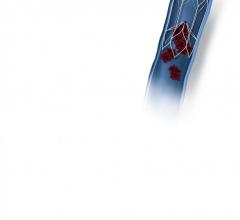 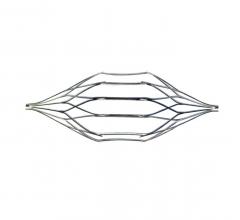 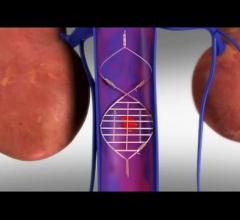 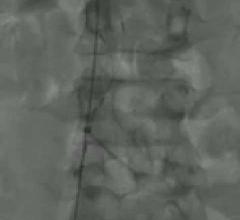 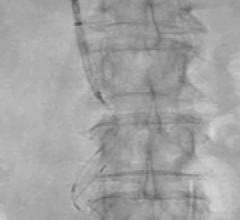