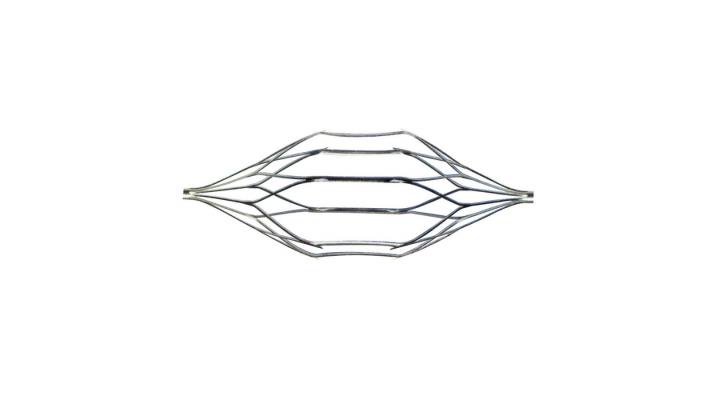 The products liability suit attributes Martino Convertino’s death to the manufacturer’s alleged defective design and manufacture, deceptive marketing and failure to warn of the product’s risks.

“This is among the first death lawsuits in South Florida against Cordis for this product, and this is a big step in a growing body of litigation around the country against manufacturers of IVC filters that not only fail to protect people, but place them at greater risk of injury and even death,” said Joseph A. Osborne, who is representing the family in the case.

The IVC filter is designed to protect the heart and lungs from fatal blood clots. It is a nickel titanium alloy device with a double basket to filter or “catch” clots that travel to the heart and lungs through the IVC. The U.S. Food and Drug Administration (FDA) has approved these filters to prevent death from pulmonary embolism and thrombosis. Osborne’s suit says that manufacturing defects make the TrapEase prone to fracture, disintegration and migration through the blood system, thereby endangering patients.

On March 23, 2016, Martino Convertino checked into the emergency room of St. Joseph’s Regional Medical Center in Paterson, N.J., with lightheadedness and severe pain in his back and legs. He went into shock and died from thrombosis the next day. The 37-page, five-count suit blames Convertino’s death on the Cordis TrapEase IVC filter, which had been implanted in October 2012, when Convertino was 68. The suit, which also cites Cordis’s earlier OptEase IVC filter, was filed by his widow, Carmine Convertino.

According to the suit, Convertino’s autopsy cited rupture of his inferior vena cava. A nurse forwarded a copy of the autopsy to Cordis in May 2016.

While IVC filters have been on the market since the 1960s, from 2000 to 2003 manufacturers brought the first IVC filters to market with the option to remove them. The first three cleared were the OptEase, made by Cordis and Johnson & Johnson, the Recovery Filter (C.R. Bard Inc.) and the Gunther Tulip Filter (Cook Medical).

“This market expansion and off-label use was driven by baseless marketing campaigns made by Defendants targeting bariatric, trauma, orthopedic and cancer patient populations,” the suit says.

“The medical community has just recently begun to awaken to the fact that despite marketing claims by Defendants, there is no reliable evidence that any IVC filter offers a benefit and that these products expose patients to substantial safety hazards,” the suit says.

“Not only do TrapEase and OptEase filters fail at alarming rates, but they also fail at rates substantially higher than other available IVC Filters,” the suit says, citing one study showing a fracture rate of 23 percent for TrapEase filters after 46 months, and another reporting a 64 percent fracture rate after four years.

The suit cites “alarming results” reported in an October 2015 article in the Annals of Surgery, concluding that IVC filters are not only ineffective in preventing thrombosis, but actually cause it to occur.

The Annals reported that twice the percentage of IVC filter patients died or developed pulmonary thrombosis — the very condition the device was supposed to prevent — as those who did not receive the device.

IVC filter use overall peaked in the United States in 2010 and has since declined. A recent article posted by JAMA cited a U.S. Food and Drug Administration (FDA) device safety advisory as contributing to that dropoff. A growing body of medical literature and news reports have thrown light on the dangers of these devices, according to Osborn & Associates.

Litigation against manufacturers is moving through courts nationally, with multidistrict federal litigation against Cook Medical in Indiana, where the first case went to trial in October, and against Bard, where the first case goes to trial in Phoenix in March 2018. Osborne is on the national plaintiff’s steering committee in the Bard IVC litigation.