Like an eyewitness to a freight train bearing down on a rocket fuel truck at a railroad crossing, I couldn’t avoid watching the ensuing carnage after two individuals who underwent positron emission tomography (PET) myocardial perfusion imaging (MPI) with CardioGen-82 (Rubidium Rb 82 Generator) triggered airport radiation sensors in May 2011. Hung up on the tracks… Bracco Diagnostics, healthcare providers and their patients. Inbound at 60 miles-per-hour and weighing in at 15,000 tons… the U.S. Food and Drug Administration (FDA).

One thing was certain from the start: The wreckage was going to be extensive.

In July 2011, after learning of the unexpected radiation exposure of the two patient-travelers, Bracco initiated a voluntary recall and ceased shipment of CardioGen-82 and launched an extensive investigation of the root cause. In the months that followed, additional steps to ensure patient safety were taken, including initiation of a Clinical Assessment Program of customers who administered CardioGen and an Rb82 Generator Quality Review Program. At the FDA’s request, Bracco initiated re-qualification of all CardioGen components and revalidated the manufacturing process. While jumping through flaming hoop after flaming hoop, Bracco representatives communicated openly with the FDA and encouraged their customers to do the same.

In January 2012, the FDA issued preliminary findings on the CardioGen investigation that included two significant points: (1) “Improper use” of CardioGen-82 at clinical sites was responsible for the increased radiation exposure to the patient-travelers, and (2) “It is unlikely this excessive exposure posed significant risks...”

So, case closed/end of story?  Can a freight train traveling at 60 miles-per-hour stop on a dime (or on $100 million dollars)?

One would think, with CardioGen-82’s successful track record (zero adverse events reported since its introduction in 1989) and the fact that all recalled generators were found to be working within specifications — plus the facts that “improper use” by two private practices caused the problem, the dose patients received was likely comparable to that of similar studies done in other modalities and Bracco Diagnostics acted in good faith throughout the process, sacrificing somewhere in the neighborhood of $100 million in revenue loss during this time — that common sense might prevail at the FDA, right?  Not exactly.

In August 2012, Bracco Diagnostics issued a customer letter outlining its agreement with the FDA and the phased reintroduction of CardioGen-82.  Included are the following planning initiatives:

• All sites must complete the respective training and knowledge assessments.

• Generator shipments and resource deployment is aligned to optimize customer and Bracco compliance.

• Bracco QC monitoring occurs on a daily basis. Bracco and the customer follow up as appropriate.

To this observer, it looks like that freight train just backed up to roll over the rocket fuel truck a second time.

So, are there any winners here? Healthcare providers have not been able to offer their patients PET MPI scans for roughly a year. Now, they’re faced with more red tape, more regulation, more paperwork and drastic delays in getting their PET MPI programs up and running again.  Bracco Diagnostics has been saddled with the enormous burden and staggering cost of proving (for a second time) that CardioGen is safe when used properly. It has to win back lost customers.  Further, it must now take on the additional cost of maintaining a quality control data repository and monitoring program of its customers. For CardioGen to remain commercially viable, this cost is going to be passed along to customers, to patients and to payors.

In business schools throughout the United States, “Freight Train vs. Rocket Fuel Truck” might someday become a case study of what is wrong with the healthcare system in the United States.  It should. 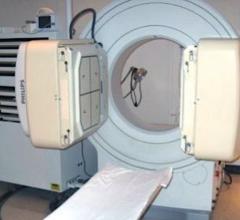 November 5, 2019 — Philips Medical System is recalling the Forte Gamma Camera System due to the potential for the 660 ...