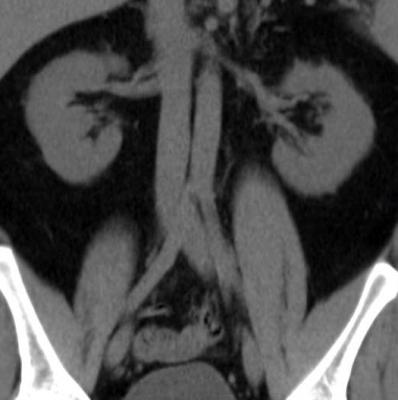 April 2, 2015 — The results of a blood test done immediately after heart surgery can be a meaningful indicator of postoperative stroke risk, a study by researchers at Wake Forest Baptist Medical Center has found.

An acutely elevated level of blood urea nitrogen (BUN) — a measure of kidney function detected through blood testing — was the most powerful predictor of postoperative stroke among the study’s subjects.

Up to 9 percent of cardiac surgery patients suffer post-operative stroke, and these events are significantly more serious and more frequently fatal than those experienced in the general population.

“An elevated BUN level after surgery tells us that the kidneys aren’t working well, which could mean that the blood vessels feeding the kidneys may be narrow,” said Martinson K. Arnan, assistant professor of neurology at Wake Forest Baptist and lead author of the study, which was published in the March online issue of the Annals of Thoracic Surgery. “We found that if kidney vessels aren’t performing well, it is likely that other vessels in the body, including the brain, aren’t working well either, resulting in a higher risk of stroke.”

In the case-controlled study, the researchers analyzed 5,498 adults 18 to 90 years old who underwent cardiac surgery from 2005 to 2010 and identified 180 who suffered a stroke within 10 days of surgery. An elevated BUN level was not only the most accurate predictor of stroke in this group, it greatly exceeded the predictive accuracy of more commonly recognized risk factors such as smoking, pre-operative high blood pressure and emergency surgery.

The test that measures BUN is inexpensive and routinely administered before and after all cardiac surgeries. However, the test is most effective as a predictor for stroke if it is administered immediately after surgery rather than at the discretion of the physician, which is the current practice, Arnan said.

“Based on our research, we need to more carefully monitor patients with high BUN postoperatively for any symptoms of stroke so that they may benefit from therapy immediately,” he said. “Anything that can help us better assess that risk can help decrease the incidence of stroke, decrease disability and reduce expenses.”

This research also suggests that there may be a role for evaluating the narrowness of blood vessels bringing blood to the kidneys prior to surgery as a means of decreasing stroke risk.
For more information: www.wakehealth.edu