Canakinumab Does Not Prevent Progression of Diabetes 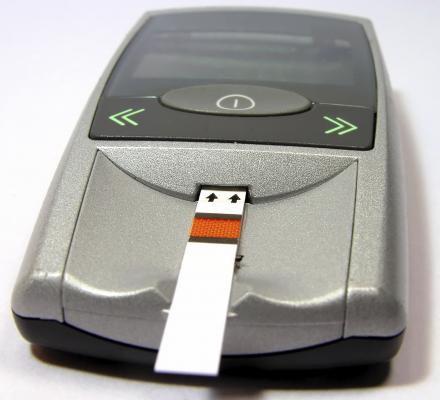 March 20, 2018 — The anti-inflammatory drug canakinumab had no effect on rates of newly diagnosed diabetes in people who had prediabetes (elevated blood sugar levels at risk of developing into diabetes), according to research presented at the American College of Cardiology’s 67th Annual Scientific Session.

The research is a key secondary endpoint from the CANTOS study, a large trial that last year reported canakinumab significantly reduced major adverse cardiovascular outcomes (the trial’s primary endpoint) in patients with a history of heart attack and elevations in the inflammatory marker high-sensitivity C- reactive protein (hsCRP). Since diabetes is thought to be related to inflammatory processes like those involved in heart disease, researchers hypothesized that the drug may help slow or prevent the progression from prediabetes to diabetes.

Patients with prediabetes at the start of the study initially showed a reduction in blood sugar levels (as indicated by a drop from 5.8 to 5.6 in median hemoglobin A1c, a measure of average blood sugar over the previous three months) after six months of taking canakinumab. However, this effect disappeared after about nine months and these patients were ultimately diagnosed with diabetes at a rate comparable to those who received a placebo.

“The results were surprising, because we demonstrated there was an effect on blood glucose that didn’t translate into a reduced rate of Type 2 diabetes diagnosis,” said Brendan Everett, M.D., a cardiologist at Brigham and Women’s Hospital, assistant professor of medicine at Harvard Medical School and the study’s lead author. “It suggests that alternative inflammatory pathways may be more critical to the development of diabetes than inhibition of interleukin-1 beta, which was the specific mechanism we tested in this study.”

Canakinumab is designed to disable interleukin-1 beta, a protein that plays a role in inflammation. The drug is approved for several autoimmune disorders and is being investigated for the management of heart disease.

The CANTOS trial enrolled more than 10,000 patients. Of those, about 4,000 had diabetes at the start of the trial and 1,000 had normal blood glucose levels. The new analysis focuses on the remaining 4,960 patients, who had prediabetes at the start of the trial. In general, people with prediabetes are likely to progress to diabetes unless they adopt substantial lifestyle changes such as losing weight and getting more exercise.

Participants were randomly assigned to receive either a placebo or canakinumab in one of three dosing levels (50, 150 or 300 milligrams per dose). Patients were given injections of the drug (or placebo) every three months for a median of more than 3.5 years. After the study ended and all participants stopped receiving injections, researchers continued to follow those who had prediabetes at baseline for an additional six months.

While there was no effect on diabetes progression, patients with prediabetes showed significant reductions in two major markers of inflammation, hsCRP and interleukin-6. They derived the same benefits from canakinumab as other patients in the study in terms of cardiovascular outcomes, including reduced rates of heart attack, stroke and death from cardiovascular causes.

In a secondary analysis, the investigators examined the effect of canakinumab on blood glucose in patients with diabetes at the start of the study. In these patients, canakinumab led to similar changes in glucose levels as was seen in patients with prediabetes. However, patients assigned to take canakinumab still required a similar number of diabetes medications, including insulin, as the patients taking the placebo. One potential area for future research could be to investigate whether canakinumab may contribute to glucose management among people who already have Type 2 diabetes.