Study finds professional association guidelines did not lead to drop-off for several tests, including X-rays and cardiac stress testing 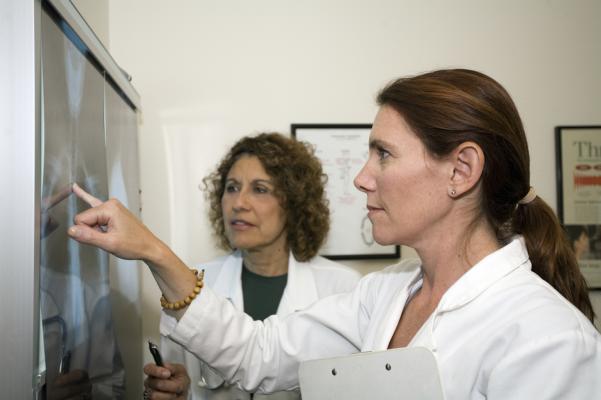 June 9, 2015 - Professional physician associations consider certain routine tests before elective surgery to be of low value and high cost, and have sought to discourage their utilization. Nonetheless, a new national study by researchers at NYU Langone Medical Center finds that despite these peer-reviewed recommendations, no significant changes have occurred over a 14-year period in the rates of several kinds of these pre-operative tests.

The results were published online in JAMA Internal Medicine.

"Our findings suggest that professional guidance aimed at improving quality and reducing waste has had little effect on physician or hospital practice," said Alana E. Sigmund, M.D., the lead investigator and an assistant professor in the Department of Medicine at NYU Langone.

In what is believed to be the first study of its kind to look at the long-term national effect of specific professional guidelines across a diverse range of tests and surgery types, the researchers saw no significant decline in use of:

The researchers did, however, see a decline in pre-surgical electrocardiograms.

The costs of such tests may be considerable, given that 30 million Americans undergo surgery each year, and 60 percent of patients undergo ambulatory procedures-which are performed on an outpatient basis.

The study looked at whether two sets of guidelines released concurrently, in 2002, by the American College of Cardiology/American Heart Association and the American Society of Anesthesiologists led to changes in pre-operative testing patterns. Both organizations made their recommendations about appropriate testing and treatment strategies to discourage pre-operative tests ordered "in absence of a specific clinical indication or purpose."

The NYU Langone researchers analyzed national data from the National Ambulatory Medical Care Survey and the National Hospital Ambulatory Medical Care Survey from 1997 through 2010. These two surveys, conducted annually by the U.S. Centers for Disease Control and Prevention and the National Center for Health Statistics, examine pre-operative visits at office-based physician practices, hospital-based outpatient clinics and emergency departments in the United States.

What they discovered is that while overall rates of routine testing declined across several categories over the 14-year period, the declines after accounting for overall changes in physicians' ordering practices were not statistically significant.

The findings are consistent with previous studies, such as those that revealed little change in pre-operative cardiac stress testing in Medicare patients, medical consultations for cataract surgery and testing before hernia repair.

The authors believe the 2002 guidelines may have had little effect for several reasons.

"Evidence suggests physicians are more likely to follow guidelines that add rather than eliminate a test or procedure," said Joseph Ladapo, M.D., Ph.D., an assistant professor in the Department of Population Health at NYU Langone and the study's senior investigator. "In addition, physicians may not have been aware of the recommendations or may not have believed they applied to their patients. They also may have been unduly influenced by reimbursement practices."

The researchers acknowledge that the study was somewhat limited in that it was not able to adjust for surgery type or identify patients who were referred for high-risk surgery. However, they found that the distribution of high-risk surgical procedures during the period after the guideline recommendations saw little change.

"While it's important to ensure patients can safely undergo surgical procedures, many of these procedures are low-risk, and the tests rarely improve patient management," Ladapo said. "Routine pre-operative testing is part of the culture of many residency training programs, and shifting toward medically-appropriate testing while physicians are still in training may be one way to break the cycle."