Court Rules in Favor of Boston Scientific in Stent Lawsuit 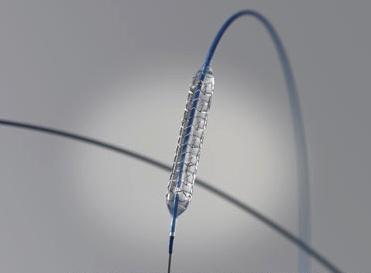 January 23, 2012 – Boston Scientific Corp. said the U.S. District Court for the District of New Jersey has found all the asserted patents for a coronary stent in a lawsuit brought by Johnson & Johnson to be invalid and entered judgment in favor of Boston Scientific.

As part of a 2008 suit, Johnson & Johnson alleged Boston Scientific's Promus everolimus-eluting coronary stent system infringed two patents, U.S. Patent Nos. 5,516,781 and 5,563,146 (known as the Morris patents). The patents relate to the use of a drug on a drug-eluting stent.

"We are pleased with the court's finding that both of these Johnson & Johnson patents are invalid," said Tim Pratt, executive vice president, chief administrative officer and general counsel for Boston Scientific. "Boston Scientific will continue to vigorously defend against any claims of infringement."

Both companies have a long history of suits and counter suites regarding their stent technologies.

In September 2011, the U.S. Court of Appeals for the Federal Circuit found in favor of Boston Scientific in a 1998 stent patent infringement suit involving Johnson & Johnson. In the decision, handed down Sept. 28, the Court of Appeals affirmed the U.S. District Court for the District of Delaware decision finding Boston Scientific's NIR Stent did not infringe Johnson & Johnson's Fischell patent.

In September 2009, both companies agreed to settle 14 lawsuits over intellectual property related to drug-eluting stent and balloon deliver system technologies. The deal included exchanging paid-up licenses for certain intellectual properties and Boston paying Cordis $716.3 million. Numerous other litigation between the two companies was not be affected by this settlement.