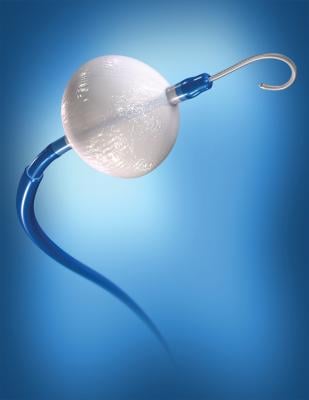 Aug. 2, 2017 — A new health economic analysis from the landmark FIRE and ICE Trial was published this week in the Journal of the American Heart Association. The data show that treating paroxysmal atrial fibrillation (AF) with cryoballoon catheter ablation may result in substantial cost savings as compared to radiofrequency (RF) ablation. These findings were driven by fewer repeat ablations and cardiovascular (CV) rehospitalizations in patients treated with the cryoballoon and were consistently observed in multiple healthcare systems internationally included in the analysis.[1]

The analysis builds on data originally presented as a late-breaking clinical trial at the 2016 Asia Pacific Heart Rhythm Society Scientific Sessions. It supports the economic value of cryoballoon ablation with the Medtronic Arctic Front Cryoballoon Catheter Family compared to RF ablation with the ThermoCool line of RF ablation catheters.

"These findings show that patients treated with the cryoballoon have positive clinical outcomes such as fewer rehospitalizations and ablations, leading to decreased burden on health systems and lower costs," said Prof. Karl-Heinz Kuck, M.D., director of cardiology at Asklepios Klinik St. Georg, Hamburg, Germany, and principal investigator of the trial. "The latest analysis further validates cryoablation as an effective treatment option for AF patients with real economic value across health systems."

About FIRE and ICE Trial

Cryoballoon ablation is used in a minimally invasive procedure to isolate the pulmonary veins, which are a source of erratic electrical signals that cause AF. The device uses cold energy (freezing) rather than heat (radiofrequency) to create scar tissue, delivering refrigerant through an inflatable balloon to freeze tissue to interrupt unwanted electrical pathways in the heart. More than 250,000 patients in more than 50 countries worldwide have been treated with the cryoballoon.

The 2016 European Society of Cardiology's (ESC) guidelines and recent 2017 Heart Rhythm Society (HRS) Consensus Statement for the management of atrial fibrillation both acknowledge cryoablation therapy for AF, and recognize pulmonary vein isolation (PVI) as an effective and preferred treatment option for select patients with AF.