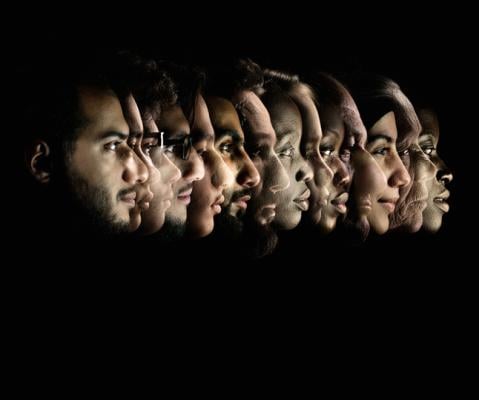 January 20, 2023 — People who identify as lesbian, gay, bisexual, transgender or non-binary may have a higher risk for stroke at a younger age, as well as a possible higher risk for recurrence than those who identify as straight and cisgender, according to a small study in San Francisco.
Researchers from UC San Francisco and Zuckerberg San Francisco General Hospital (ZSFG) reviewed the medical records of 26 stroke patients who identified as sexual and gender minorities and compared them with 78 age-matched stroke patients who were not sexual and gender minorities. Findings appear in Neurology Clinical Practice on Jan. 18, 2023.
While stroke subtypes and traditional stroke risks, such as smoking, hypertension and diabetes, were similar for both groups, the sexual and gender minority patients were more likely to have “non-traditional stroke risks.” These included HIV and current or previous history of syphilis and hepatitis C, conditions that can increase stroke risk as a result of inflammation and blockage of blood vessels.
“While positivity rates were higher for substance abuse, as well as HIV, hepatitis C and syphilis for people in the sexual and minority group, they were more likely to be tested, which may account for them,” said senior author, Nicole Rosendale, MD, a neurohospitalist in the UCSF Department of Neurology and ZSFG.
Of those patients tested for HIV, 8 of the 23 (34.8%) in the sexual and gender minority group were positive, versus none of the 36 patients in the non-minority group. For hepatitis C, 4 of 14 (28.5%) patients tested in the minority group had or had had the virus, compared with 4 of 19 (21%) in the non-minority group. Among those tested for syphilis, 5 of the 19 (26.3%) had or had had syphilis in the minority group, versus none of 25 tested patients in the non-minority group.
The minority group also had a higher rate of substance use, itself a risk factor for all three conditions, with 11 of 18 (61.1%) testing positive for substances in urine tests during their hospital admissions, compared with 19 of 56 (33.9%) in the non-minority group.
Due to the limited number of minority patients in the study, researchers were unable to link specific subgroups to risks, said Rosendale, who is also affiliated with the UCSF Weill Institute for Neurosciences.
“Previous studies have shown that the prevalence of HIV and syphilis is highest in transgender women, and in gay and bisexual cisgender men. Stroke risk appears to be higher in lesbian women than in straight women, with one study showing that they had higher rates of self-reported stroke,” Rosendale said. “There may be many reasons for this – higher rates of smoking, higher prevalence of obesity, effects of discrimination on vascular health and limited access to health care.”
While the average age of stroke patients at the study hospital was 69, the average age of the sexual and gender minorities group was 55.
The researchers also discovered that the minority group was more likely to experience recurrent stroke, despite similar follow-up rates as the non-minority group. “Future research will need to explore the drivers of recurrent stroke, including the role of minority stress,” said Rosendale. “Stigma, prejudice and discrimination create an inherently stressful environment that translates into health issues.”

More Data Needed on Stroke Treatment and Outcomes by Gender