June 11, 2015 - Patients who received a bare metal coronary stent did not display significant differences in rates of adverse events with an additional 18 months of dual antiplatelet therapy rather than placebo, according to a study in the March 17 issue of JAMA. The study looked at rates of stent thrombosis, major adverse cardiac and cerebrovascular events, and moderate or severe bleeding. The authors note that limitations in sample size may make definitive conclusions regarding these findings difficult.

Current clinical practice guidelines recommend a minimum of only 1 month of dual antiplatelet therapy (DAPT) after bare metal stent (BMS) placement following elective percutaneous coronary intervention (PCI), compared with 6 to 12 months for drug-eluting stents (DES). Although randomized trial results showed a reduction in stent thrombosis and non­-stent-related heart attack with thienopyridine therapy (a class of antiplatelet agents) beyond 12 months after DES placement, few trials have assessed optimal duration of DAPT after BMS, according to background information in the article.

The study was conducted by Dean J. Kereiakes, M.D., of the Christ Hospital Heart and Vascular Center, Cincinnati, and Laura Mauri, M.D., M.Sc., of the Harvard Clinical Research Institute and Brigham and Women's Hospital, Boston, and other colleagues. They randomly assigned 11,648 patients who received a bare metal stent (n = 1,687;) or drug eluting stent (n = 9,961), were treated with aspirin and who completed 12 months of DAPT without bleeding or ischemic events to continued thienopyridine or placebo at months 12 through 30.

Among the patients treated with BMS who were randomized to continued thienopyridine versus placebo, rates of stent thrombosis were 0.5 percent versus 1.11 percent; rates of major adverse cardiac and cerebrovascular events (MACCE; composite of death, heart attack or stroke) were 4.04 percent versus 4.69 percent; and rates of moderate/severe bleeding were 2.03 percent versus 0.90 percent, respectively.

Among all 11,648 randomized patients (both BMS and DES), stent thrombosis rates were 0.41 percent versus 1.32 percent; rates of MACCE were 4.29 percent veresus 5.74 percent, and rates of moderate/severe bleeding were 2.45 percent versus 1.47 percent.

The results comparing continued thienopyridine versus placebo in the cohort treated with DES were previously reported and demonstrated significant reductions in stent thrombosis and MACCE.

The authors write that fewer patients treated with BMS were enrolled and randomized because of the prevailing use of DES in clinical practice. "The BMS subset may have been underpowered to identify such differences [in adverse events], and further trials are suggested." 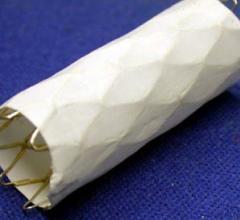 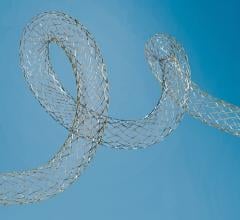 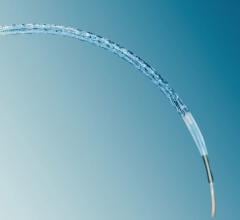