European regulatory agency recommends suspension of marketing authorizations for some linear agents, restricted use of others; final opinion supports continued use of macrocyclic agents 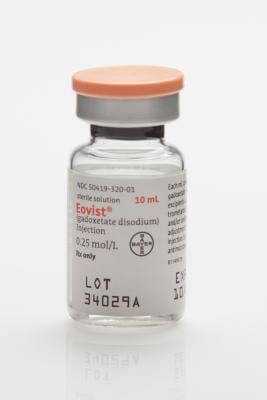 August 29, 2017 — The European Medicines Agency (EMA) issued a final opinion that recommended restricting the use of some linear gadolinium-based contrast agents (GBCAs) and suspending the marketing authorizations of others, while supporting the continued use of macrocyclic GBCAs.

Importantly, the EMA confirmed that “there is currently no evidence that gadolinium deposition in the brain has caused any harm to patients; however EMA has recommended restrictions for some intravenous linear agents in order to prevent any risk that could potentially be associated with gadolinium brain deposition.”

These recommendations are the second step in the European review process which is expected to be concluded with a final European Commission (EC) decision as early as September 2017.

There are no changes to the U.S. Food and Drug Administration (FDA) approval of GBCAs.

The recommendation of the EMA’s Committee for Medicinal Products for Human Use (CHMP) in their final opinion include:

Based on a review of the PRAC’s recommendation, the CHMP found that the benefit-risk balance is no longer favorable for certain linear GBCAs.

The CHMP outlined that “…macrocyclic agents are more stable and have a lower propensity to release gadolinium than linear agents.”

The CHMP stated that Primovist (marketed as Eovist in the U.S.) and additionally MultiHance “can continue to be used for liver scans because they are taken up in the liver and meet an important diagnostic need.” The continued use of MultiHance represents a restriction of the product’s currently approved use to liver imaging only. MultiHance is not FDA-approved for liver imaging in the United States.

The opinion of the EMA’s CHMP affirms the recommendations of the PRAC following an assessment of literature published since 2014, regarding the presence of gadolinium in the brain and other tissues as well as information from manufacturers and experts in the field. While research has provided some insights, many questions remain, including whether there are any clinical implications.

In a May 22, 2017 update to its previous Drug Safety Communication, the FDA stated that “it has not identified adverse health effects from gadolinium retained in the brain after the use of gadolinium-based contrast agents (GBCAs) for magnetic resonance imaging (MRI).” The FDA further stated that it found “no evidence to date that gadolinium retention in the brain from any of the GBCAs, including those associated with higher retention of gadolinium, is harmful, restricting use is not warranted at this time. We will continue to assess the safety of GBCAs and plan to have a public meeting to discuss this issue in the future.”

The FDA evaluated scientific publications as well as adverse events reported to the agency and concluded that, "…To date, the only known adverse health effect related to gadolinium retention is a rare condition called nephrogenic systemic fibrosis (NSF) that occurs in a small subgroup of patients with pre-existing kidney failure. NSF is a painful skin disease characterized by thickening of the skin, which can involve the joints and cause significant limitation of motion within weeks to months. Recent publications report cases of reactions involving thickening and hardening of the skin and other tissues in patients with normal kidney function who received GBCAs and did not have NSF; some of these patients also had evidence of gadolinium retention. We are continuing to evaluate such reports to determine if these fibrotic reactions are an adverse health effect of retained gadolinium..."

May 11, 2021 — The American Institute of Ultrasound in Medicine (AIUM) and the American Society of Echocardiography (ASE ...

July 15, 2019 — The U.S. Food and Drug Administration (FDA) has approved Gadavist injection for use in cardiac magnetic ...

Iodine-based contrast agents used in computed tomography (CT) and catheter-based angiography have been implicated as a ...

May 9, 2019 — Osprey Medical announced the launch of DyeMINISH, a global patient registry to evaluate the ongoing safety ...

In February 2018, a workshop was held at the National Institutes of Health (NIH) in Bethesda, Maryland, to explore ...

September 7, 2017 — The U.S. Food and Drug Administration (FDA) announced it would hold a meeting of the Medical Imaging ... 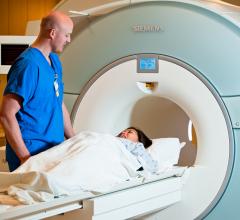 July 18, 2017 — Guerbet recently announced that it will phase out sales throughout the world of two products: Hexabrix ...