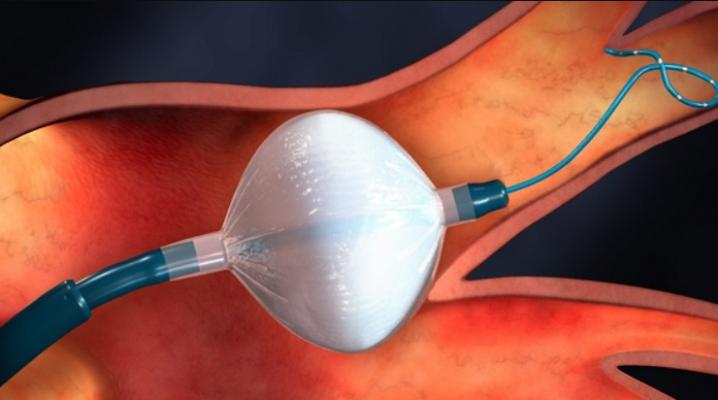 June 23, 2021 — The U.S. Food and Drug Administration (FDA) expanded approval for Medtronic's Arctic Front Family of cardiac cryoablation catheters for the treatment of recurrent symptomatic paroxysmal atrial fibrillation (AFib). The indication is for episodes that last less than seven continuous days and the therapy can be used as an alternative to antiarrhythmic drug (AAD) therapy as an initial rhythm control strategy.

The expanded indication is based on results from STOP AF First, a prospective, multicenter randomized study that demonstrated superior efficacy of the Medtronic cryoablation procedure for preventing atrial arrhythmia recurrence compared to the use of AAD therapy.

Nearly 60 million people worldwide are affected by atrial fibrillation (AF).[1] AF is a progressive disease, meaning over time patients can experience more frequent, and longer episodes, and medication as well as catheter ablation can become less effective. Additionally, AF is associated with serious complications including heart failure, stroke and increased risk of death.[2-5]

Managing AF can be a lifelong burden for patients, and AAD therapy has been the current standard first-line treatment. However, AAD therapy is ineffective at controlling AF in approximately half of patients treated with drug therapy[6-8] and AAD usage frequently causes side effects that can lead many to discontinue treatment.[9] Only after experiencing AAD failure, do some patients then go on to receive a catheter ablation.

"Expanded FDA approval, coupled with the growing body of clinical evidence, demonstrate cryoablation as a first-line treatment is a more effective solution for preventing atrial arrhythmia recurrence," said Oussama Wazni, M.D., section head, electrophysiology, cardiovascular medicine, Cleveland Clinic and principle investigator for the STOP AF First clinical trial. "With this new indication, physicians now have more options to treat AF earlier, and we've seen that patients do better when treated earlier. Patients can now be referred for a cryoablation to effectively control their AF rather than trying drug therapy first, potentially allowing them get back to living their lives without the added anxiety of progressing AF symptoms and potential health complications."

The Medtronic Arctic Front family of Cardiac Cryoablation Catheters are the first catheter ablation devices in the U.S. approved to help physicians improve AF patient outcomes before drug failure, and shorten the time from diagnosis to ablation with effective, efficient, and predictable outcomes.[6] Three recent clinical trials showed the safety of the Medtronic cryoballoon and demonstrated the superiority of Arctic Front Cryoballoon ablation for preventing atrial arrhythmia recurrence in patients with paroxysmal AF (PAF) who have not failed AAD therapy.[6-8]

STOP AF First,[6] a Medtronic-sponsored, prospective, multicenter, randomized trial, included 225 patients at 24 sites in the U.S. Patients who had never received AAD therapy were randomized to cryoablation or AAD treatment and followed for 12 months. Results of the STOP AF First trial were published in the New England Journal of Medicine (NEJM) in Nov. 2020, reported 74.6% of patients in the cryoballoon versus 45% in the AAD group (P<0.001) achieved treatment success at 12 months.

The quality of life (QoL) data published in NEJM demonstrate that cryoballoon ablation resulted in significant improvements in quality of life as assessed using the Atrial Fibrillation Effect on Quality-of-Life [AFEQT] and European Quality of Life–5 Dimensions [EQ-5D] questionnaires. A low rate of patient complications occurred when using catheter ablation as a first-line treatment (12-month rate of primary safety events: 1.9%), and the percentage of patients with a serious adverse event was similar between the treatment groups.

EARLY-AF, an investigator-initiated, multicenter trial, randomized 303 patients with AF who had never received AAD to cryoballoon-based pulmonary vein isolation or first-line AAD therapy.[8] Results from EARLY-AF, published in the New England Journal of Medicine (NEJM) in Nov. 2020 and presented at American Heart Association Scientific Sessions 2020, found 57.1% of patients in the cryoballoon versus 32.2% in the AAD group achieved freedom from atrial tachyarrhythmia recurrence at 12 months. Mean AF burden was lower in the cryoballoon (0.6±3.3%) vs. AAD group (3.9±12.4%). Patients treated with cryoablation demonstrated larger improvements in quality of life and more frequently had resolution of arrhythmic symptoms (e.g., fatigue, rapid heartbeat, shortness of breath) than patients receiving AAD therapy. Safety events were low in both groups with 3.2% of catheter ablation and 4.0% of AAD-treated patients experiencing a serious adverse event related to the trial regimen.

Cryo-FIRST,[7] is a Medtronic-sponsored, randomized, multicenter trial, enrolled 220 patients at 18 sites in nine countries across Europe, Australia and Latin America. At 12 months, freedom from atrial arrhythmia recurrence was achieved in 82.2% of the cryoballoon and 67.6% of the AAD group. Cryo-FIRST demonstrated that more patients with PAF who received first-line treatment with Medtronic cryoablation vs. AAD therapy were asymptomatic at 12 months. Cryoablation resulted in significant improvement in in AF-specific health-related quality of life at 12 months compared to AAD therapy. The cryoablation and AAD arms had comparable safety profiles in terms of the rate of serious adverse events.

"With this milestone announcement, Medtronic now has the only ablation catheter approved by the FDA to be used a as first-line treatment in the U.S. to treat AF. The indication expansion demonstrates how Medtronic continues to lead the way in cardiac ablation solutions for arrhythmia management and fill a market need for an early rhythm control strategy for what is an very progressive disease," said Rebecca Seidel, president of the cardiac ablation solutions business, which is part of the cardiovascular portfolio at Medtronic. "For the millions of Americans who struggle with simple, daily tasks like walking up the stairs or getting the mail because of their AF, the expanded indication offers an alternative treatment option to antiarrhythmic drug therapy."

The FDA recently expanded the indication for Medtronic cryoablation therapy to include treating patients with drug refractory recurrent symptomatic paroxysmal and persistent atrial fibrillation (episode duration less than 6 months) as well as the treatment of recurrent symptomatic paroxysmal atrial fibrillation as an alternative to antiarrhythmic drug therapy as an initial rhythm control strategy. Medtronic has pioneered cryoablation technology, with an industry-leading and extensive body of evidence, including proven safety and efficacy in treating AF. To date, nearly 1 million patients have been treated with the Medtronic cryoablation therapy worldwide.