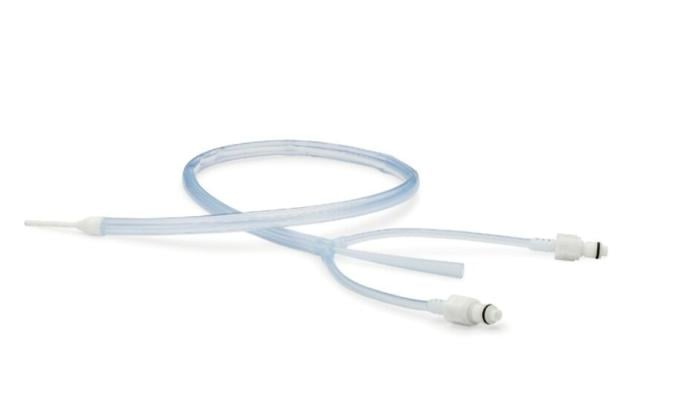 May 24, 2022 — Attune Medical, a pioneering medical device company with a technology platform based on temperature management using the esophagus, announced today that the first patients have been enrolled in the Improving Oesophageal Protection During Catheter Ablation for Atrial Fibrillation (IMPACT II) Study evaluating the use of the ensoETM in cardiac radiofrequency ablation procedures.  The data from this study will be used in pursuit of expanding the ensoETM’s intended use to include reduction of esophageal thermal injury during cardiac radiofrequency ablation procedures.

Mark Gallagher M.D., Consultant Electrophysiologist at St. George’s Hospital in London, UK, is leading this multi-national, multi-center randomized controlled trial evaluating the ensoETM to ascertain whether using the esophageal space for temperature management could have the potential to decrease collateral thermal injury related to radiofrequency (RF) ablation for the treatment of atrial fibrillation.  Dr. Gallagher also led the IMPACT single-center study which was published in Europace last year.

“Having successfully completed our IMPACT single-center study, my colleagues and I are excited to continue the next phase of our work with this elegant technology,” commented Dr. Gallagher.

The study has launched at St. George’s University Hospital, London, UK, with four additional sites in the UK joining soon.

Attune Medical will shortly be submitting an IDE to FDA to begin enrolling sites in the US under the leadership of Pasquale Santangeli, M.D., Ph.D., Associate Professor of Medicine at the Hospital of the University of Pennsylvania.

The US expansion of the study is supported by a $3.8 million Small Business Innovation Research (SBIR) award from the National Heart, Lung, and Blood Institute of the National Institutes of Health.[i]

“Having led the pilot eCOOL-AF study of this technology, my team and I are eager to expand the research into this important area of electrophysiology,” commented Dr. Santangeli.

Attune Medical’s ensoETM is a single use thermal regulating device that is placed in the esophagus (similar to a standard orogastric tube) and connected to an external heat exchange unit, creating a closed-loop system for heat transfer to increase or decrease patient temperature. Its placement in the esophagus, with proximity to blood flow from the heart and great vessels, allows highly efficient heat transfer. Unlike surface warming devices, ensoETM‘s internal placement doesn‘t impede patient access during surgery and allows gastric decompression and administration of fluids and medications.

Attune Medical has developed a novel medical device technology that simplifies access to the patient’s core to efficiently control temperature and is the only device FDA-cleared for use in the esophagus for patient temperature management. The ensoETM device is used in critical care units, operating rooms, and emergency departments for the intentional modulation of patient core temperature and can be rapidly placed by most trained healthcare professionals.