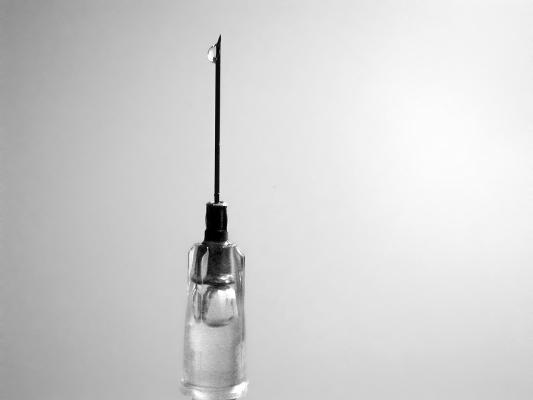 The study comes amid a flu season that has brought higher than normal rates of infection and death. It is the first study to examine the relationship between influenza vaccination and death or hospitalization in heart failure patients through meta-analysis, a research method in which the collected results of multiple studies are analyzed together.

Influenza and flu-related complications can cause death even in otherwise healthy people. Previous research has found the risk of flu-related death is elevated in people with heart failure, a condition in which the heart becomes too weak to pump enough blood to meet the body’s needs. About 6.5 million U.S. adults have heart failure.

Researchers analyzed six studies conducted in the U.S., Europe and Asia that together included data for more than 78,000 patients with heart failure. Five of the studies were observational (analyzing associations based on health records, for example) and one was a retrospective analysis of results from a clinical trial. The researchers found no randomized control trials designed specifically to investigate influenza vaccination in patients with heart failure.

Taken together, the studies showed that getting the flu vaccine reduced the risk of dying (from any cause) by about half during flu season and by about one-fifth during the rest of the year. Vaccination was also associated with a 22 percent reduction in the risk of being hospitalized for cardiovascular problems.

The findings suggest influenza vaccination is beneficial for patients with heart failure, although researchers cautioned that while observational studies can show associations, they do not necessarily prove cause and effect.

“Randomized controlled studies should be planned to confirm our observed potential survival benefit of influenza vaccination in these patients,” Fukuta said.

People with heart failure are susceptible to influenza-related complications including the exacerbation of acute heart failure and secondary infections such as pneumonia.