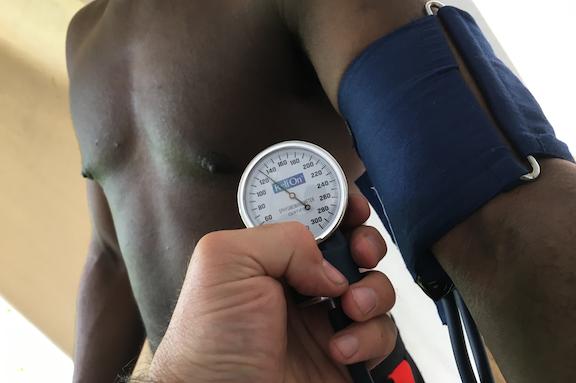 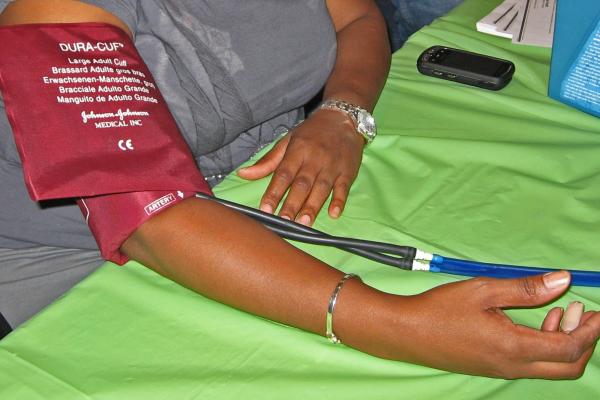 November 13, 2018 — Black adults experience dangerous spikes in high blood pressure, called a hypertensive crisis, at a rate that is five times the national average, according to a new study. The study was presented at the American Heart Association’s (AHA) Joint Hypertension 2018 Scientific Sessions, an annual conference focused on recent advances in hypertension research, Sept. 6-9 in Chicago.

“We studied an inner-city population to find that being black is a risk factor for progressing from hypertension to hypertensive crisis,” said study author Frederick A. Waldron, M.D., M.P.H., M.S., an emergency medicine physician at Newark Beth Israel Medical Center, Newark, N.J. “Now that we have effective antihypertensive medications available, hypertensive crisis and hypertensive emergency, a rare but further progression of hypertensive crisis in which organ damage occurs, should not exist to this degree among black or other patients.”

In what Waldron said is the largest case control study to date on hypertensive crisis patients, researchers looked back at emergency department medical records of more than 15,000 patients from 2013 to 2016. They defined hypertensive crisis as blood pressure at or above 200/120 mmHg and found:

“There is no good treatment for organ damage, so the best way to address this is to develop a preventative strategy,” Waldron said. He suggested efforts to help patients take their medicine properly could help reduce hypertensive crises.

The study’s co-author is Irina Benenson, D.N.P., F.N.P.-C, R.N. Author disclosures are on the abstract.

Watch the related VIDEO: Reducing Hypertension Among African-Americans — an interview with Kim Allan Williams, Sr., M.D., chief of the Division of Cardiology and the James B. Herrick Professor at Rush University Medical Center. He discusses the efforts being made by the Association of Black Cardiologists to reduce systemic hypertension in the African-American community. Williams is speaking on this topic at the American Heart Association 2018 meeting.