Study attributes 1 in 20 heart attacks in New Jersey to noise from highways, trains and air traffic. 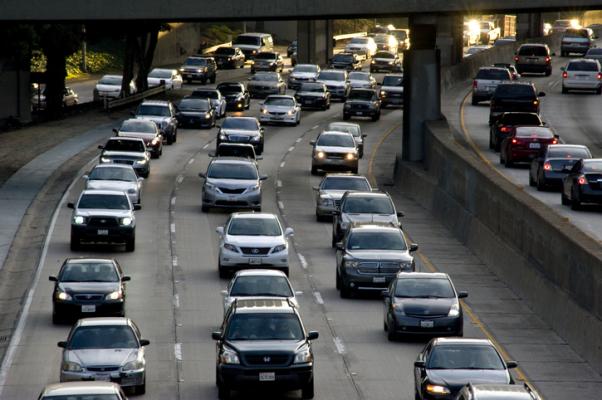 March 25, 2022 – Living in a noisy environment can be annoying, but it might also harm your health. People experiencing high levels of noise from cars, trains or planes were more likely to suffer a heart attack than people living in quieter areas, according to a study presented at the American College of Cardiology’s 71st Annual Scientific Session.

“When people talk about pollution, they’re usually talking about particles in the air or water,” said Abel E. Moreyra, MD, professor of medicine in the Division of Cardiology at Rutgers Robert Wood Johnson Medical School and the study’s lead author. “But there are other forms of pollution, and noise pollution is one of these.”

Patients were divided into those experiencing high levels of transportation noise (an average of 65 decibels or higher over the course of the day) and those with low noise exposure (a daily average of less than 50 decibels). A noise level of 65 decibels is similar to a loud conversation or laughter. Since noise levels were averaged over the course of the day, Moreyra said that many people may have experienced periods of relative quiet that were interrupted by louder bursts such as trucks, trains or aircraft going by.

The study is among the first to examine noise and heart disease in the U.S., but the findings align with several previous studies conducted in Europe. New Jersey is a state with many dense urban areas in close proximity to roadways, train lines and three major airports. Moreyra said other urban areas with similar infrastructure and transportation noise would likely see a similar pattern.

While the study did not investigate the biological mechanisms behind the association, Moreyra said noise can cause chronic stress, disturbances in sleep and emotional distress such as anxiety and depression, which could impact cardiovascular health. Chronic stress is known to cause hormonal changes linked with inflammation and changes in the blood vessels that are associated with heart disease.

“Air pollution and noise go hand-in-hand,” Moreyra said. “The question is: how much of this effect is due to particle pollution, and how much is noise?”

Researchers are beginning to disentangle those factors, but Moreyra said further research is needed to elucidate the effects of noise pollution on heart health.

The researchers did not attempt to account for demographic, socioeconomic or other health risk factors in their analysis, and they suggest further research could help tease apart the effect of noise pollution from these other factors. In addition, Moreyra said the study did not account for noise exposure at work or other locations. As a next step, the team plans to examine the data in more detail for insights into which sources of transportation noise may have the greatest health impact.

Moreyra said that a variety of policy interventions could help to reduce an individual’s exposure to transportation noise at home, even in urban areas. Examples include better enforcement of noise ordinances, infrastructure to block road noise, rules for air traffic, low-noise tires for vehicles and better noise insulation for buildings.

Moreyra will present the study, “The Impact of Exposure to Transportation Noise on the Rates of Myocardial Infarction in New Jersey,” virtually on Saturday, April 2, at 8:30 a.m. ET / 12:30 UTC.