The study analyzed health records of nearly half a million U.S. patients post-heart attack, making it one of the largest ever to examine the relationship between depression and heart disease. 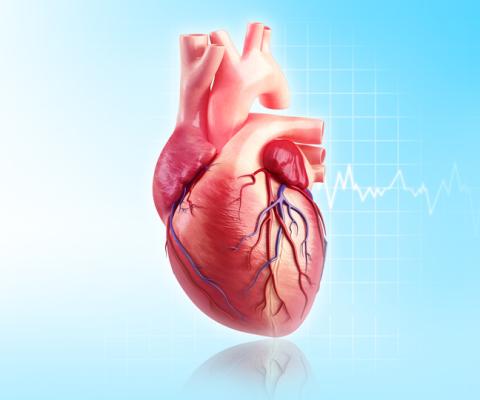 March 24, 2022 – Depression can complicate and slow recovery from a heart attack, not to mention the toll it can take on one’s mental outlook, relationships and joy of life. In addition, new research finds that people who had depression following a heart attack were about 50% more likely to suffer a stroke compared with those who didn’t have depression, according to a study presented at the American College of Cardiology’s 71st Annual Scientific Session.

The study analyzed health records of nearly half a million U.S. patients post-heart attack, making it one of the largest ever to examine the relationship between depression and heart disease. Researchers found a stark difference in stroke rates between patients with and without depression who otherwise had similar health and demographic backgrounds.

“The only difference between these two cohorts is that one has depression,” said Frank H. Annie, PhD, research scientist in the Department of Cardiology at Charleston Area Medical Center in Charleston, West Virginia and the study’s lead author. “There could be a multitude of depression-related factors that are leading to these outcomes. What we’re seeing in this data is very troubling, and we need to dig deeper to understand the causes and effects.”

The researchers used the Trinetx database to analyze the health records of 495,386 patients who suffered a heart attack between 2015-2021. Trinetx pools electronic medical record data from 58 health care systems across the U.S. into a single, cloud-based service where researchers can analyze multiple sources of data while protecting patient privacy and security. About 51,000 patients (10.5%) in total had a diagnosis of depression after their heart attack. Of those patients, about 1 in 6 had been diagnosed with a mental health disorder before their heart attack, while the others were first diagnosed with depression after their heart attack.

For the study, Annie and colleagues compared the 51,000 patients with depression to a group of other heart attack survivors in the same data set who were well-matched in terms of other characteristics but did not have depression. They found 12% of those with depression and 8.3% of those without depression subsequently suffered a stroke – a nearly 50% difference in stroke risk.

Annie said multiple factors could account for the difference. For example, having depression may interfere with a person’s ability to attend medical appointments and keep up with their medications. Depression can also interfere with sleep and concentration, making it challenging to exercise regularly and maintain a heart-healthy diet.

In this study, Annie said men were more likely to have depression than women. Those with depression also tended to have higher rates of hypertension, coronary artery disease, diabetes, heart failure and chronic obstructive pulmonary disease, as well as higher body mass index and a history of smoking. However, the link between depression and subsequent stroke remained significant even after accounting for these variables.

Previous studies have pointed to connections between depression and heart disease. While the exact cause and effect involved in this relationship remains unclear, Annie said there is mounting evidence that getting treatment for depression can help improve outcomes in those with heart disease. In this study, only 7% of the patients with depression had used antidepressants.

“A multidisciplinary approach is required,” Annie said. “Based on these data, if there’s someone who has a history of heart disease and depression, I would advocate for devoting special attention within the health care system to making sure that these individuals are making their appointments and that they’re seeing the right providers within the health system.”

Researchers said further studies are needed to understand how depression and other factors may affect a person’s heart health and risk of stroke or other forms of heart disease.

“We do answer a few questions, but we’re raising a lot more,” Annie said. 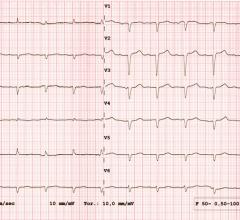