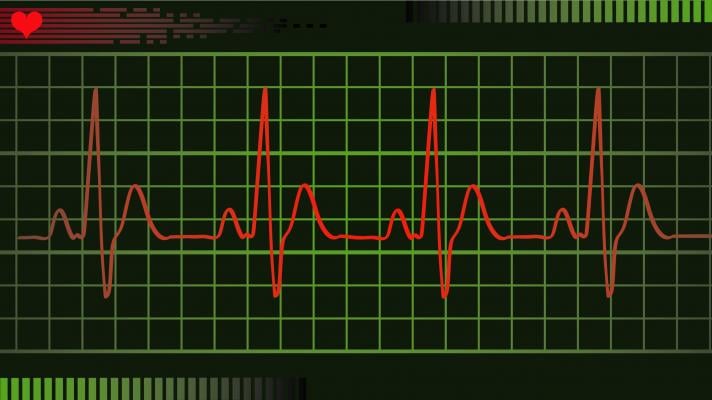 January 26, 2016 — In a breakthrough that could change the future of pacemakers, Technion-Israel Institute of Technology researchers have used mechanical stimulation to “train” cardiac cells to beat at a given rate.

The team’s findings, published in Nature Physics, also demonstrate for the first time that direct physical contact with the cardiac cells isn’t required to synchronize their beating. As long as the cardiac cells are in the tissue being mechanically stimulated, they are trained by the stimulation, with long-lasting effects that persist even after it is stopped.

The stimulation was applied by an artificial “mechanical cell,” consisting of a tiny probe (with a 0.0025 cm tip diameter) that generated (via cyclical indenting and pulling) periodic deformations in the underlying substrate (cardiac tissue). The deformations mimicked those generated by a beating cardiac cell that was also in the tissue. After a brief 10-minute training period, the cardiac cell synchronized its beating rate with the mechanical cell. Furthermore, the cardiac cell maintained the induced beating rate for more than one hour after mechanical stimulation was stopped.

“In this study, we show that an isolated cardiac cell can be trained to beat at a given frequency by mechanically stimulating the underlying substrate,” said Tzlil, who led the study. “Mechanical communication plays an important role in cardiac physiology, and is essential for converting electrical pacing into synchronized beating. Impaired mechanical communication will lead to arrhythmias even when electrical conduction is working properly. The medical implication is that adding mechanical elements to electrical pacemakers will significantly improve their efficiency.”