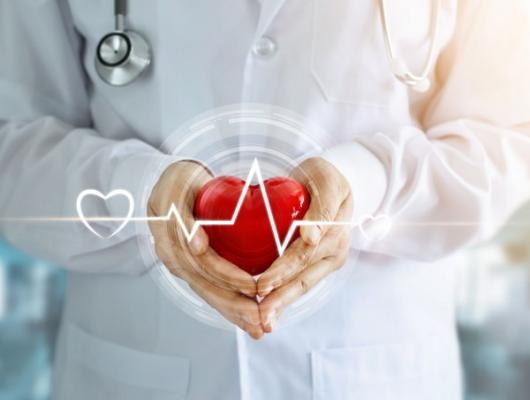 The technology, called electrocardiomatrix, goes further than standard cardiac telemetry by examining large amounts of telemetry data in a way that’s so detailed it’s impractical for individual clinicians to attempt.

“We validated the use of our technology in a clinical setting, finding the electrocardiomatrix was an accurate method to determine whether a stroke survivor had an Afib,” said Borjigin, an associate professor of neurology and molecular and integrative physiology at Michigan Medicine.

After a stroke, neurologists are tasked with identifying which risk factors may have contributed in order to do everything possible to prevent another event. That makes detecting irregular heartbeat an urgent concern for these patients, explains first author Devin Brown, M.D., professor of neurology and a stroke neurologist at Michigan Medicine.

Importantly, the electrocardiomatrix identification method was highly accurate for the 212 patients who did not have a history of Afib, Borjigin said. She said this group is most clinically relevant, because of the importance of determining whether stroke patients have previously undetected Afib.

When a patient has Afib, their irregular heartbeat can lead to blood collecting in their heart, which can form a stroke-causing clot. Many different blood thinners are on the market today, making it easier for clinicians to get their patients on an anticoagulant they’ll take as directed.

The most important part is determining Afib’s presence in the first place.

Once hospitalized in the stroke unit, patients are typically placed on continuous heart rhythm monitoring. Stroke neurologists want to detect possible intermittent Afib that initial monitoring like an electrocardiogram (ECG) would have missed.

Because a physician can not reasonably review every single heartbeat, current monitoring technology flags heart rates that are too high, Brown said. The neurologist then reviews these flagged events, which researchers say could lead to some missed Afib occurrences, or false positives in patients with different heart rhythm issues.

“We originally noted five false positives and five false negatives in the study,” Borjigin said, “but expert review actually found the electrocardiomatrix was correct instead of the clinical documentation we were comparing it to.”

Borjigin said she envisions electrocardiomatrix technology will one day be used to assist the detection of all cardiac arrhythmias online or offline and side-by-side with the use of ECG.

“I believe that sooner or later, electrocardiomatrix will be used in clinical practice to benefit patients,” she said.