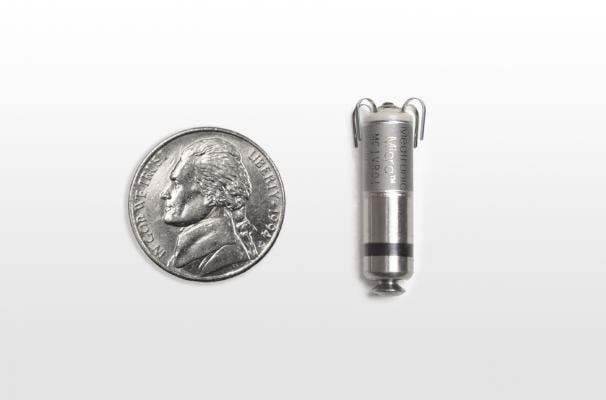 The Micra TPS is less than one-tenth the size of traditional pacemakers and is the only leadless pacemaker approved for use in both the United States and Europe. Data presented at ESC showed that the risk for major complications with the Micra TPS remained consistently low, with 96 percent of patients experiencing no major complications through 12 months follow-up (95 percent CI, 94.2 percent-97.2 percent, P<0.0001). The Micra TPS reduced the risk of major complications by nearly half (48 percent; hazard ratio = 0.52, P=0.001) compared to conventional systems and the risk was lower across all patient sub-groups, whether measured by age, sex or comorbidity (all hazard ratios < 1.0).

The overall reduction in major complications with the Micra TPS was associated with a 47 percent decrease (p=0.017) in the risk of hospitalization and 82 percent (p<0.001) reduction in risk of system revisions (meaning extraction, repositioning or replacement) compared to conventional pacing systems. These reductions were largely due to the elimination of complications such as pneumothoraces (air between the lungs and chest wall), the absence of Micra dislodgements and device infections.

"The Micra TPS has consistently demonstrated strong effectiveness and safety benefits in patients with diverse comorbidities," said Philippe Ritter, M.D., principal investigator of the Micra TPS Global Clinical Trial and cardiologist at University Hospital of Bordeaux in France. "All pre-specified safety and efficacy objectives from the trial were met, with consistent findings from early performance, six- and 12-month data."

Micra battery projections continue to perform in-line with conventional pacemaker systems. Based on 644 patients with 12-month device use conditions available, Micra yielded a projected average longevity of more than 12 years.

In November 2015, preliminary results from the Medtronic Micra TPS Global Clinical Trial were published in the New England Journal of Medicine, which showed the device was successfully implanted in 99.2 percent of patients, and that the system met its safety and effectiveness endpoints with wide margins. The 12-month data presented at ESC continues to reinforce these results, demonstrating consistent and sustained results from early performance through 12-month follow-up.

The device is comparable in size to a large vitamin, yet delivers advanced pacing technology to patients via a minimally invasive approach. During the implant procedure, it is attached to the heart with small tines and delivers electrical impulses that pace the heart through an electrode at the end of the device.

Unlike traditional pacemakers, the Micra TPS does not require leads or a surgical "pocket" under the skin, so potential sources of complications related to such leads and pocket are eliminated — as are any visible signs of the device.

The Micra design also incorporates a retrieval feature to enable retrieval when possible; however, the device is designed to be left in the body. For patients who need more than one device, the miniaturized Micra TPS was designed with a unique feature that enables it to be permanently turned off so it can remain in the body and a new device can be implanted without risk of electrical interaction.

The Micra TPS was awarded CE Mark in April 2015 and U.S. Food and Drug Administration approval in April 2016. It is intended for use in patients who need a single-chamber pacemaker. The Micra TPS is the first and only leadless pacing system, according to Medtronic, to be approved for both 1.5 and 3 Tesla (T) full-body magnetic resonance imaging (MRI) scans, providing patients with access to the most advanced imaging diagnostic procedures available. The device was designed to allow patients to be followed by their physicians and send data remotely via the Medtronic CareLink Network. Remote monitoring of Micra devices is available in Europe and expected to be available in the United States later this year.