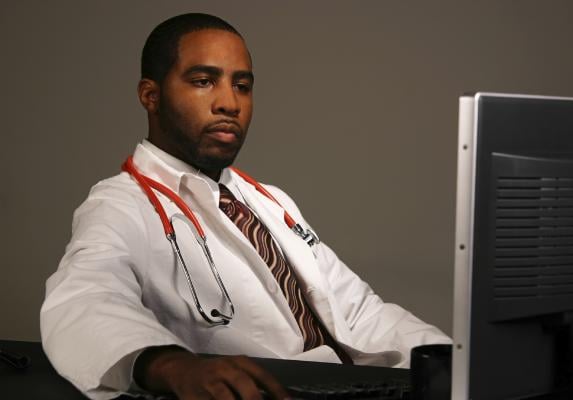 March 27, 2017 — Participants in web-based lifestyle counseling reduced their systolic blood pressure by 10 mmHg, compared with a 6 mmHg reduction for those taking part in a Web-based control intervention, a statistically significant difference, according to the REACH. The research from this trial — the first randomized, double-blinded trial of an online behavioral intervention for high blood pressure — was presented at the American College of Cardiology (ACC) 2017 Annual Scientific Session, March 17-19 in Washington, D.C.

“The electronic counseling (e-Counseling) intervention had an effect similar to that of adding an additional blood-pressure-lowering medication,” said Robert P. Nolan, Ph.D., a senior scientist at the Peter Munk Cardiac Centre, University Health Network, associate professor at the University of Toronto and lead author of the study. “We think this lifestyle counseling intervention can complement and optimize the effectiveness of medical therapy to reduce high blood pressure.”

Study participants enrolled through the website of the Heart and Stroke Association of Canada and were randomly assigned to e-Counseling or a control group. Both groups received emails weekly for four months, every other week for another four months and monthly for the last four months of the 12-month trial. The emails to the e-Counseling group provided links to online multimedia and interactive tools to increase motivation and skills to begin and sustain a heart-healthy lifestyle. These included video clips featuring characters discussing their own high blood pressure diagnosis and efforts to make lifestyle changes, as well as tools for tracking diet and level of physical activity. The emails to the control group linked to generic information about heart-healthy living and reducing high blood pressure.

“In the e-Counseling intervention we tried to replicate the experience of going through face-to-face lifestyle counseling for a year,” Nolan said. “We made use of what we know from 60 years of research on the effective features of motivational interviewing and cognitive behavioral therapy, and we applied those features using the technology that was available to our team.”

Changes in non-HDL cholesterol (total cholesterol minus HDL [“good”] cholesterol) and Framingham risk score, which estimates the risk of developing heart disease or stroke over the next 10 years, were also measured. Secondary endpoints were change in physical activity (four-day step count measured with an accelerometer attached to the body), consumption of fruit and vegetables and smoking cessation.

At 12 months, the four-day step count increased significantly among e-Counseling participants and declined significantly among controls, resulting in a difference of 1,200 steps per day in favor of the e- Counseling group. No significant changes were seen in fruit and vegetable consumption, as both groups reported eating a recommended amount of about eight servings a day at study entry.

“Self-reported dietary data can reflect idealistic views of eating behavior, and it’s possible that this may have been an influence in our study,” Nolan said.

Because only 9 percent of trial participants reported smoking at study entry, data were insufficient to measure smoking cessation.

In exit interviews, e-Counseling participants spoke of becoming attached to the characters they saw in the video clips, which helped motivate them to achieve their behavior change goals, Nolan said.

“We believe this dynamic way of engaging patients can be a very powerful tool to promote behavior change,” he said.

The study has limitations, he said. The participants were all highly motivated individuals who had gone to a website in search of health information. In addition, participants were relatively well-educated, with most having at least some post-secondary education. Finally, because a majority (73 percent) of participants were caucasian, the results may not generalize to more racially diverse groups.

The study was funded by the Canadian Institutes of Health Research, a government agency.