Rate of Structural Valve Deterioration Lower with TAVR than with SAVR

Risk of death or rehospitalization doubled for patients who had structural valve deterioration. 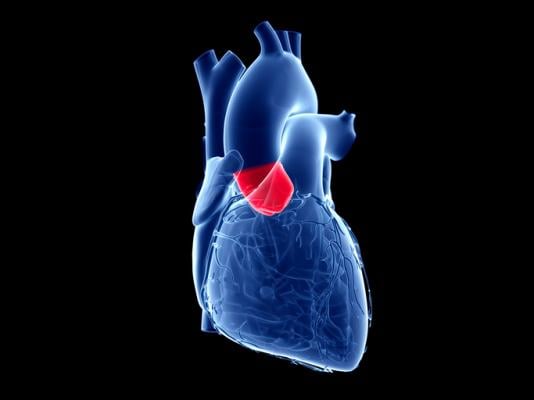 April 8, 2022 – Patients who received a transcatheter supra-annular self-expanding heart valve had significantly less structural deterioration in the valve after five years compared with similar patients who had the biologic valve inserted surgically. Overall, patients with structural valve deterioration (SVD) in their artificial valve were about twice as likely to die or need to be rehospitalized as those who did not, according to data presented at the American College of Cardiology’s 71st Annual Scientific Session.

TAVR is now approved by the U.S. Food and Drug Administration for use in patients of all ages and risk levels who need a replacement heart valve.

The study is the largest to assess SVD in patients who participated in randomized trials comparing TAVR and SAVR and the first to show less structural valve deterioration after five years among patients treated with TAVR compared with SAVR, Reardon said.

TAVR uses a long, flexible tube called a catheter to place a replacement heart valve inside the patient’s aortic valve that is no longer working properly, while SAVR involves opening the chest to replace a poorly functioning valve. Bioprosthetic valves are usually made from pig or cow heart tissue. Their main advantage over mechanical valves is that patients don’t need lifelong blood-thinning medicine to prevent blood clots. However, SVD—which includes problems such as scarring, thickening/calcification, hardening or fracturing of the valve frame—is only an issue with bioprosthetic valves and is the most frequent cause of valve failure.

Bioprosthetic valves have an average lifespan of about 15 years. In older patients whose life expectancy may be limited by age and other health problems, valve durability has been less of a concern, Reardon said. Previous studies suggest, however, that younger patients are at higher risk for SVD because their valves fail more quickly and because they have a longer potential life span. Previous studies have not clearly established whether the risk of SVD is higher with TAVR or with SAVR.

“Durability of the replacement valve becomes increasingly important in younger patients,” he said.

In the current study, Reardon and his colleagues analyzed data from 1,128 patients who underwent TAVR and 971 patients who underwent SAVR in two large, randomized trials to determine the frequency of SVD at five years. They evaluated SVD using Doppler echocardiography, a noninvasive procedure that uses ultrasound to assess the speed and direction of blood flow in the heart. The researchers also examined the factors that predicted deterioration in the same patient cohort plus an additional 2,663 patients who were treated with TAVR in a nonrandomized registry of the two trials.

They found that 2.6% of the patients treated with TAVR had SVD at five years, compared with 4.4% of those treated with SAVR. Patients in both groups who developed SVD were at about 50% greater risk of death or hospitalization for valve-related disease or heart failure as patients who did not have SVD, the researchers said.

“Using Doppler echocardiography alone, we have shown that SVD occurred statistically significantly more frequently with SAVR than with TAVR and was associated with a doubling of risk for mortality or rehospitalization for valve failure,” Reardon said.

The most important predictors for developing SVD were being heavy or overweight, younger age, female gender and not having previous coronary interventions or atrial fibrillation (a type of arrhythmia), he said.

The current study is limited to five years of follow-up. Establishing durability of the valves over a longer period of time remains important. Patients in the two ongoing trials, SURTAVI for intermediate risk and Evolut for low risk, will each be followed for 10 years to help answer this question.

The study was funded by Medtronic, Inc.