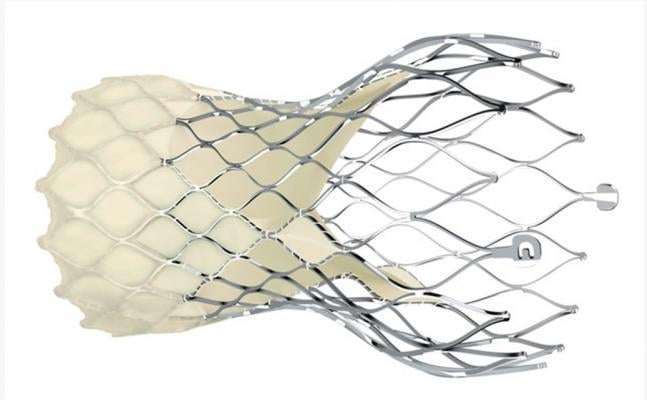 The prespecified 30-day safety composite of all-cause mortality, disabling stroke, life-threatening bleeding, major vascular complications or acute kidney injury was significantly lower for TAVR as compared to open heart surgery (5.3 vs. 10.7 percent), as was the rate of the composite endpoint of all-cause mortality or disabling stroke at 30 days (0.8 vs. 2.6 percent). The pacemaker rate was greater in the TAVR treatment arm.

“Low-risk aortic stenosis patients have unique characteristics due to their tendency to be younger and more active than their higher-risk counterparts,” said Michael Reardon, M.D., cardiothoracic surgeon at Houston Methodist DeBakey Heart and Vascular Center, principal investigator and senior author of the Evolut Low Risk Trial. “These data suggest that not only did TAVR match the gold standard of surgery, but it demonstrated statistical superiority across several key endpoints, including quality of life and hemodynamics – important considerations for severe aortic stenosis patients who may be more active.”

The Evolut TAVR system is not approved in any geography for use in patients considered to be at a low risk of surgical mortality. These new data will need to be submitted to government regulators to support the safety and effectiveness of this device for this use.

It is estimated that 165,000 low risk patients suffer from severe aortic stenosis per year in the U.S., Western Europe and Japan. If left untreated, it can cause heart failure in as little as two years.

Following the launch of the self-expanding CoreValve System in the U.S. in 2014, the CoreValve Evolut R System became the first recapturable and repositionable TAVR device approved in the U.S. for severe aortic stenosis patients at a high or extreme risk for surgery in 2015. The Evolut R system received CE (Conformité Européene) Mark for intermediate risk severe aortic stenosis patients in 2016. In 2017, the third-generation Evolut PRO TAVR system was approved in the U.S. and Europe for extreme-, high- and intermediate-risk patients. The Evolut PRO valve features an outer tissue wrap that adds surface area contact between the valve and the native aortic annulus to further advance valve sealing.