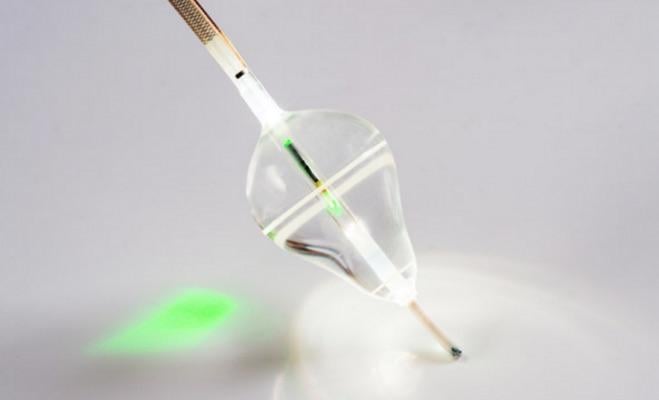 August 7, 2017 — CardioFocus Inc. announced that its HeartLight Endoscopic Ablation System is being featured in three new major clinical studies currently underway. Collectively, up to 1,000 AF patients will be enrolled in these studies.

The first study, titled, "CardioFocus vs. Contact Force Guided Pulmonary Vein Isolation in Paroxysmal Atrial Fibrillation (CF²)," is a prospective, multi-center, randomized study comparing the acute procedure and safety outcomes as well as long-term clinical outcomes of two groups of patients. One group is being treated with the HeartLight System and the other with a commercially available contact force sensing irrigated radiofrequency (RF) ablation catheter plus, at the operator's discretion, 3-D electroanatomical mapping (EAM) for the treatment of paroxysmal atrial fibrillation (AF). The study will recruit up to 350 patients at approximately 10 centers throughout Europe. Andreas Metzner, M.D., from Asklepios Klinik St. Georg in Hamburg, Germany is leading the study.

The HeartLight technology was included in the VIDEO “Editor's Choice of Most Innovative New Technology at HRS 2017.”

The third study, titled, "The Post-Approval Study (PAS) of the HeartLight Endoscopic Ablation System for the Treatment of Atrial Fibrillation," is evaluating the clinical outcomes of a cohort of patients treated during commercial use of the HeartLight System to confirm results of the successful U.S. clinical pivotal study and study additional research questions. The study will include up to 250 enrolled patients and up to 25 sites in the United States.

Results from these three studies will provide additional clinical evidence on the performance of the HeartLight System in the AF population, helping to support its usage as a gold-standard catheter ablation therapy, according to CardioFocus.

These studies follow positive data presented at the Heart Rhythm Society's (HRS) 38th Annual Scientific Sessions, May 10-13 in Chicago. Outcomes data on the HeartLight system were presented by Pieter Koopman, M.D., of the Heart Center Hasselt in Hasselt, Belgium, Scott Gall, M.D., of the Lancashire Cardiac Centre in the United Kingdom, Schmidt from CCB, Aditi Naniwadekar, M.D., of the Helmsley Center for Cardiac Electrophysiology at Mt. Sinai Hospital, New York, and Rosa M. Figueras i Ventura, M.D., of the Hospital Clinic of Barcelona.

"The data continue to reinforce the chronic efficacy of laser balloon ablation with the HeartLight System in our most recent single-center comparative analysis showing freedom from AF at one year of 93 percent," said  Koopman.