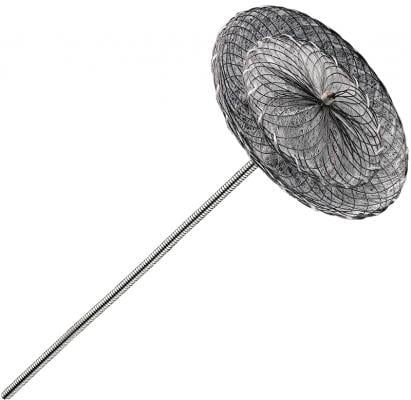 March 20, 2018 — Among people with a type of hole in the heart, known as patent foramen ovale (PFO), those who received a medical device to close this opening after a stroke fared better after two years compared with those who received stroke-preventing medications alone. These findings from a study presented at the American College of Cardiology’s 67th Annual Scientific Session support the results of several similar trials in recent years and suggest patients with a high-risk PFO are likely to benefit most from the device.

PFO is a congenital heart defect that occurs when a small hole between the top two chambers of the heart fails to fully close after birth. An estimated 1 in 4 people have a PFO, though many are undiagnosed. The condition does not typically cause symptoms but may increase the risk of stroke. Among patients younger than 55 years of age who experience a stroke of unknown cause, a cryptogenic stroke, the prevalence of PFOs has been found to be around 46 percent, much higher than the rate of PFOs in the general population. The new findings add to a growing body of evidence that closing the PFO after this type of stroke can help prevent subsequent strokes and related problems, particularly in those with a high-risk PFO.

Researchers stopped enrollment for the trial early after determining, based on the results of several recent trials, that it would be unethical to continue assigning some patients to not receive the PFO closure device in light of mounting evidence of its clear benefits. Despite the smaller-than-expected number of participants, researchers said the new trial helps clarify which patients are likely to benefit most from the medical device based on the physical characteristics of their PFO.

“Considering the high prevalence of PFO in the general population and cryptogenic stroke patients, the key to appropriate use of this medical device is determining how to select optimal candidates for the procedure,” said Jae Kwan Song, M.D., a cardiologist at Asan Medical Center in Seoul, South Korea and the study’s lead author. “Our study showed that the potential benefit from closure can be determined on the basis of the size of the PFO and the movement of the heart wall around the PFO.”

The trial enrolled 120 patients at two centers in South Korea. All patients had recently experienced a cryptogenic stroke and were found to have a high-risk PFO, meaning either the PFO was 2 millimeters across (about the size of a peppercorn) or larger, or the PFO was accompanied by an outgrowth of tissue protruding into one of the heart’s chambers.

All patients received medications such as anticoagulants or antiplatelet drugs, which are recommended after a stroke to reduce the formation of blood clots and prevent subsequent strokes. The specific type of medication was determined by each patient’s physician, although no direct oral anticoagulants (also known as novel oral anticoagulants) were used in the study. Half of the patients were randomly assigned to receive a PFO closure device, which interventional cardiologists implanted in the heart by threading the device through a vein in the groin, while the other half received medications alone.

Researchers followed patient outcomes for two years. The study’s primary endpoint was a composite of stroke, major bleeding events and death from vascular causes (death related to the blockage or rupture of blood vessels). While no such events occurred in the 60 patients receiving PFO closure, among the 60 patients receiving medications alone, six had a stroke and one had a transient ischemic attack, or “mini- stroke.” These results suggest that treating 10 PFOs with a closure device would be expected to prevent, on average, about one stroke after two years.

“We believe that PFO closure should be done in selected patients with cryptogenic stroke and PFO,” Song said. “With our study and other recent trials, the criteria for selecting patients for the procedure are becoming clearer; in particular, the results suggest that closure is beneficial for those with high-risk PFO.”

There are several available medications to prevent blood clots in people who have experienced a stroke, including antiplatelet drugs, direct oral anticoagulants and traditional anticoagulants such as warfarin. Because trials for PFO closure devices have been inconsistent in their selection of medications, Song said additional studies are needed to clarify the potential benefits of different medications when used post- stroke in patients with PFO.