With prevalence of AF expected to increase exponentially over the next generation, cryoballoon ablation therapy may safely and effectively address the disease before it progresses 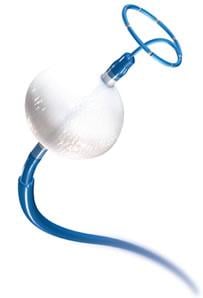 January 12, 2015 — Medtronic Inc. announced the initiation of a randomized clinical trial in Europe to assess the benefits of ablation using the Medtronic Arctic Front Advance cryoballoon as a first-line treatment for atrial fibrillation (AF) patients. While medication is currently considered first-line treatment for AF, clinical research indicates that half of all patients with symptomatic disease do not respond to drug therapy; earlier ablation may improve treatment effectiveness.

The most recent European guidelines highlight that ablation should be considered as first-line therapy in selected patients with symptomatic PAF. Cryoballoon ablation is not approved as a first-line treatment in the United States.

Cryoablation involves a minimally invasive procedure that creates lesions by freezing tissue in the heart's upper chambers, traditionally around the pulmonary veins, to block the electrical signals that trigger erratic heart rhythms. Pulmonary vein isolation (PVI) is a standard treatment for patients in the early stages of AF when the triggers come largely from these veins. However, as the disease progresses, it becomes more complicated to treat, with lower long-term success rates.