February 11, 2016 — Researchers funded by the National Institute of Biomedical Imaging and Bioengineering (NIBIB) used ultrasound-activated microbubbles to improve preservation of heart muscle and function in a pig heart attack model. Based on this success, the method is now in phase I human clinical trials.

In the animal model, the treatment with and without a low dose of the clot-busting drug tPA improved heart function and reduced the size of infarct (damaged area of heart muscle). Potentially, the promising treatment could be rapidly administered to heart attack patients arriving at the emergency room (or even while in the ambulance), and could preserve heart muscle before patients receive invasive interventions to open blocked arteries. The clinical trial will help to determine if the early microbubble intervention results in overall better outcomes for patients.

“This project utilizes innovative technology and applies it to a critical health issue, minimizing cardiac tissue loss from a heart attack” explained Steven Krosnick, M.D., director of the NIBIB Program for Image-Guided Interventions. “This approach has the potential to make a real difference in the quality of life of the millions of people with coronary artery disease.”

A heart attack occurs when a blockage in a coronary artery feeding blood to the heart causes the heart muscle to die from lack of fresh, oxygen-carrying blood. Typically, an individual experiencing a heart attack is rushed to the hospital where doctors use imaging techniques such as angiography to determine the site of the blood clot, prep the patient, and then perform an artery-opening interventional cardiac catheterization, also known as balloon angioplasty and stenting. That procedure, which involves inserting a balloon catheter and stent into the clogged area and opening the artery by inflating the balloon, can be quite successful in restoring blood flow. However, there is a critical period — often several hours or more — between the onset of a heart attack and the eventual opening of the artery using this interventional technique. This time period can vary widely, and it is a period when precious heart muscle is dying from oxygen starvation.

Senior author Thomas R. Porter, M.D., at the University of Nebraska Medical Center, and his colleagues at Sao Paulo Medical Center in Sao Paulo, Brazil, are focused on this critical period. Results of their studies in the pig heart attack model that preserved heart muscle in that crucial period are reported in the September 2015 issue of the journal Heart.

The treatment consists of injected microbubbles which are detected by diagnostic ultrasound when they reach the heart. The microbubbles are then agitated by pulses of high-intensity diagnostic ultrasound. The rapid churning (termed cavitation) of the bubbles acts to chip away at the clot. Just 1/100th the size of a human hair, microbubbles sneak into very small canals within the complex clot and their oscillation from ultrasound causes a breakup of the clot from the inside as well. “The combination of microbubbles chipping away outside and inside the clot is like poking holes in the clot and turning it into Swiss cheese, allowing blood to reach the heart muscle,” said Porter.

The researchers chose the pig model because pig heart size and physiology is very similar to humans. In addition, the microbubbles and the ultrasound used in the experiments are very similar to those routinely used for diagnostics in humans. Porter elaborated, “The use of ultrasound-activated microbubbles to open clots is not new, but has been performed in smaller animal models or in limited experimental large-animal studies. Our work in part comes from the frustration that promising results have not been translated into treatments for people. This study was designed to use readily available agents in an accepted large-animal model of human heart attack with the goal of obtaining evidence that this treatment is ready to be moved into human clinical trials.”

Also, many previous studies involved an operator feeding a catheter into the artery and pulsing the ultrasound through the catheter directly at the clot. The current studies are far less invasive, using surface ultrasound directed at the site of the clot from outside the body, which could potentially be performed by a medical technician. The ultrasound penetrates through the chest tissue to hit and activate the intravenously infused microbubbles at the site of the blockage. The procedure is easily and non-invasively performed just like ultrasound that is routinely used diagnostically — the only difference being the use of pulses at slightly higher intensities than those used for diagnostics.

The success of the treatment was determined by several measures: infarct size (a smaller infarct means less muscle death; wall thickening (a thicker heart wall during contraction indicates the preservation of healthy functioning heart muscle); and recanalization rates, which is a measure of restoration of blood flow to the heart.

The group’s results clearly demonstrated that the ultrasound/microbubble treatment is one that is worthy of serious further testing as evidenced by the clinical trial that is now underway. The clinical trial differs from the pig trial in that it is testing whether ultrasound/microbubbles alone administered to heart attack patients both before and after balloon angioplasty and stenting results in better patient outcomes compared with balloon angioplasty and stenting alone.

Porter explained that the ultimate goal is to have emergency medical technicians administer the treatment to heart attack patients on their way to the hospital. Because there are small portable ultrasound systems for point-of-care diagnostics, it is possible that such systems could be placed in ambulances and emergency medical technicians could be trained to administer the therapy. This would enable a new era in heart attack treatment — potentially getting blood to the heart muscle to keep the heart pumping within minutes of a heart attack.

The work was supported by the NIBIB through grant EB009050 and the Theodore Hubbard Foundation. 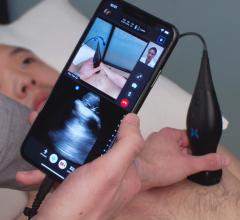 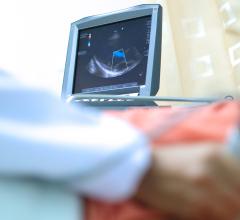 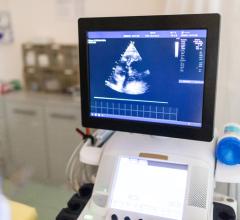 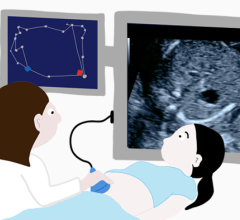 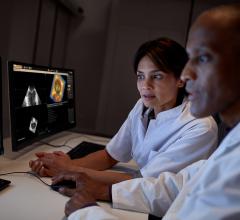 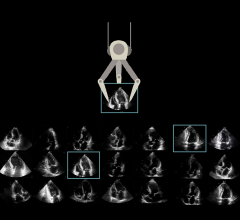 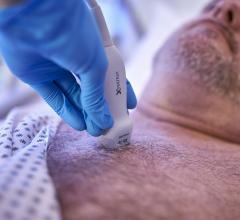 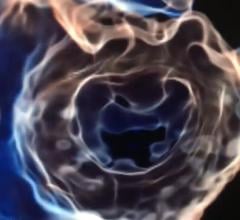 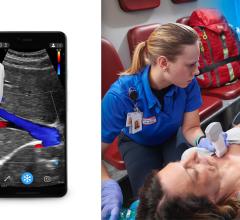