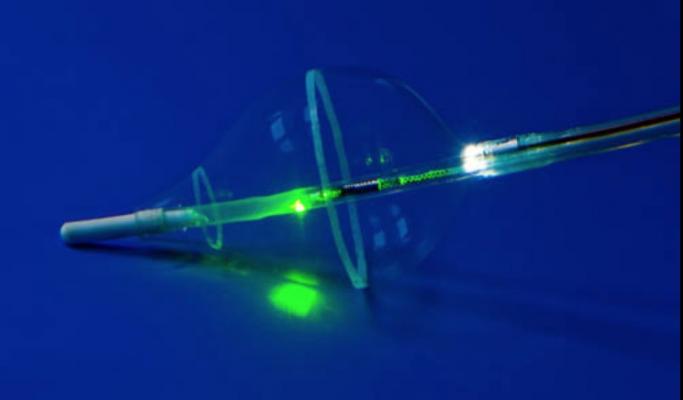 More than 33 million patients worldwide suffer from AF.1 In Europe alone, it is estimated that the number of patients will rise to 14-17 million by 20302.

In addition to a more compliant construction that enables adaptive vein conformance, the Excalibur Balloon also incorporates proprietary Dynamic Response technology. This feature makes the balloon highly responsive to a range of user techniques and amounts of pressure applied, while optimizing vein contact. The result is designed to maximize the engagement of the balloon with the pulmonary veins, while decreasing the time required to complete ablation procedures.

"We are delighted by the results we experienced during our clinical evaluation of the HeartLight Excalibur Balloon," said Prof. Petr Neužil from Na Homolce Hospital, in Prague, Czech Republic. "We consistently noted that the Excalibur Balloon is easier and faster to use, establishes significantly more contact with the vein and can consistently obtain an impressive antral position. I believe that this next-generation balloon will receive an enthusiastic reception by my physician colleagues."

The company plans to initiate a controlled launch of the Excalibur Balloon in Europe beginning in the fourth quarter of this year.

The Excalibur generation of the CardioFocus HeartLight System is not approved by the FDA and is investigational in nature outside of the EU.

Watch the VIDEO "Editor's Choice of Most Innovative New Technology at HRS 2017."