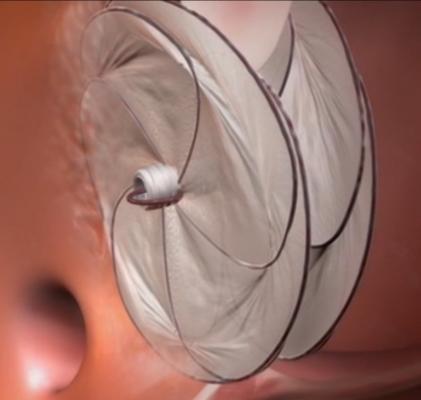 The device is already approved for closure of atrial septal defects (ASDs) up to 17 mm. It is now also approved for the closure of PFO to reduce the risk of recurrent ischemic stroke in certain patients.

“The FDA approval of the Gore Cardioform Septal Occluder for PFO closure marks a significant milestone in the long journey to confirm the heart-brain relationship connecting PFO and stroke,” said John Rhodes, M.D., Medical University of South Carolina, and U.S. Interventional Cardiologist National Principal Investigator for the REDUCE Study. “The soft and conformable design of Gore’s device is ideal for providing long-term repair of PFOs of any shunt size. I am pleased that a device I have grown to trust for ASD closure is now FDA approved for PFO closure as well. I am also impressed with the rate of serious adverse events in the REDUCE Study, which showed no significant difference in risk between closure and medical therapy alone. The clear reduction in recurrent ischemic stroke provided by PFO closure far outweighs the low risk of serious adverse events.”

Watch a VIDEO interview with John Rhodes, M.D., on the REDUCE Trial at TCT 2017 last fall.

The expanded FDA indication was supported by the REDUCE Study, the first and only study to demonstrate that closure of PFO can significantly prevent recurrent ischemic strokes, regardless of PFO anatomy. The results were published in the New England Journal of Medicine in September 2017 and presented at the European Stroke Organisation Conference (ESOC) last May.

“The groundbreaking results of the REDUCE Study changed the neurology community’s perspective on PFO closure when they were announced,” said Scott Kasner, M.D., Neurologist in the Perelman School of Medicine at the University of Pennsylvania, and U.S. Neurology National Principal Investigator for the REDUCE Study. “The REDUCE Study was the first U.S. Investigational Device Exemption (IDE) study to show a statistically significant reduction in stroke recurrence in the primary intent-to-treat analysis. It was also the first study to show PFO closure reduces new brain infarct. I am excited that the Gore Cardioform Septal Occluder is now FDA approved for PFO closure and believe these data prove the value of closing PFOs to prevent recurrent ischemic stroke when utilized in an appropriate patient population.”

The REDUCE Study is the only PFO U.S. IDE study to meet its primary endpoint in the primary intent-to-treat analysis. Results showed a statistically significant, 77 percent, reduction in recurrent ischemic stroke in patients who underwent PFO closure with a Gore device in conjunction with antiplatelet therapy, versus those who underwent antiplatelet therapy alone, after an average of 3.4 years of follow-up. The study also met its other primary endpoint of reduction of new brain infarct, inclusive of clinically evident and clinically silent brain infarct, through PFO closure, yielding a 49 percent relative risk reduction. “With the FDA approval of the Cardioform Septal Occluder for PFO closure, we can now provide physicians with one device that can be used for both ASDs and PFOs,” said David Abeyta, Leader of the Gore Medical Products Division. “The value of closing PFOs has historically been debated, mainly due to a lack of sufficient data. We are enthusiastic that our positive REDUCE Study results allowed us to obtain an expanded FDA indication for this device and strongly believe the data show this is a prevention strategy for reducing the risk of recurrent ischemic stroke in patients with a PFO.”

Watch the VIDEO "Demonstration of a Transcatheter PFO Occluder Implantation."

Stroke and PFO
In the U.S., stroke is the leading preventable cause of long-term severe disability and the fifth-leading cause of death. One third of ischemic strokes are cryptogenic, or due to unknown cause. Most people with a PFO — a hole occurring in the upper wall between the left and right atria of the heart — do not experience any issues when blood flows from one atrium to the other; however, serious problems such as stroke can arise if a blood clot passes from the right to left atria through a PFO and then to the brain. Studies have shown that PFO can be found in up to 40 percent to 50 percent of patients who have had a cryptogenic stroke.