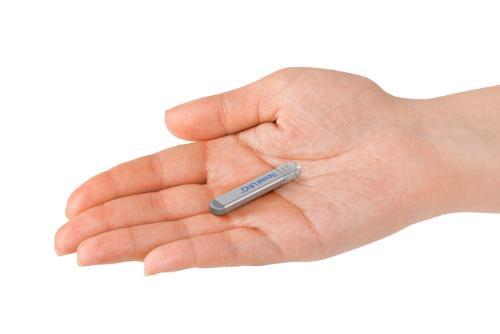 Reveal LINQ ICM with TruRhythm Detection, which allows physicians to continuously and wirelessly monitor a patient’s heartbeat for up to three years, is approximately one-third the size of an AAA battery (~1 cc). It is placed just beneath the skin through a small incision of less than 1 cm in the upper left side of the chest, using a minimally invasive procedure, and its presence is often nearly undetectable to the naked eye once the incision has healed. The device communicates wirelessly with a patient bedside monitor that uploads device data to the Medtronic CareLink network; it is MR-Conditional, allowing patients to undergo magnetic resonance imaging (MRI), if needed.