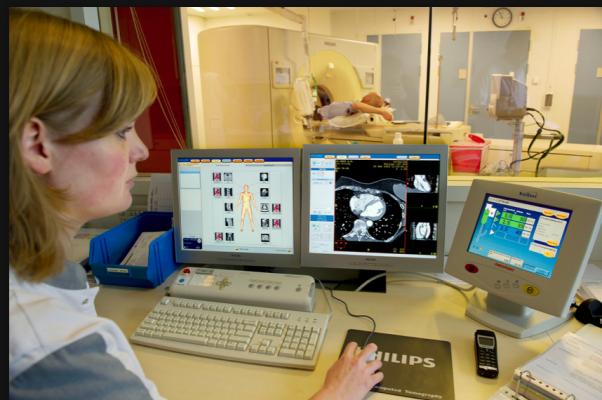 Clinical decision support (CDS) software has been discussed for years as a way to help clinicians follow best practice guidelines and help eliminate unnecessary tests or procedures. However, implementing these systems has been slow, partly due to their cost and complexity and pushback from physicians. But, a new chapter is about to open for CDS as healthcare reform will soon require implementation of these systems.

Healthcare reform’s Stage 3 Meaningful Use requirements for health IT systems originally required CDS documentation to be in place for full reimbursements starting in January 2017. However, this has been delayed until at least the summer of 2017 or January 2018. IT vendors said it would take at least a year or more to create and implement this software after the federal government sets standards for its development.

Another factor in the delay has been the recent healthcare industry change to ICD-10 coding implementation, which went into effect Oct. 1, 2015. This was a major IT undertaking for most healthcare providers, so adding CDS implementation was put on the backburner by the majority of providers, said Steve Herman, M.D., founder and CEO of CDS vendor MedCurrent.  He suspects CDS priority will change as the Centers for Medicare and Medicaid Services (CMS) deadline for its implementation draws nearer.

He said most hospitals are currently looking into and budgeting for CDS systems. He added many customers are looking at planning for a phased adoption, realizing they may get pushback from clinicians.

Most healthcare providers question the need for CDS or its expense under the current fee-for-service payment model, Herman said. However, as healthcare reforms convert to a fee-for-value or bundled payments system, CDS will become much more attractive for cost cutting, quality improvement and to meet CMS reimbursement guidelines.

The federal government is interested in CDS as a way to cut healthcare costs and eliminate the number of unnecessary or inappropriate exams. From a cardiology or radiology standpoint, CDS can be used to help guide what exams or tests are most appropriate for different types of presentations. This is especially true for physicians making orders for presentations or disease states they do not have much experience with, or for newer doctors who are not familiar with all the various guidelines. CDS can also help cardiologists to know what is recommended in the guidelines as next steps, or what to do with incidental findings.

Watch the VIDEO “Examples of Clinical Decision Support for Cardiology and Radiology at HIMSS 2016.”

All healthcare IT vendors are now creating their own CDS software, or partnering with a third-party vendor that specializes in CDS. MedCurrent is one of those third-party vendors offering a package of CDS linked with analytics, order entry and an electronic rules set based on the American College of Radiology (ACR). It is also adding rule sets from the American College of Cardiology (ACC) to aid CDS software with imaging orders.

Herman said the analytics portion of the software can help identify areas where a hospital or healthcare system needs to create or update its rules for order entry or additional CDS support.

The MedCurrent software automatically streamlines some of the order entry options based on information from the patient’s electronic medical record (EMR) data. If a patient is over age 18, the system automatically excludes all pediatric exam options. If choosing a CT chest exam, the system will only present options on the drop-down menus for possible reasons to perform that exam, which are linked to specific ICD-10 codes. For CT contrast scans that are ordered, the system also will pull up the patient’s most recent labs to show creatine levels to see if the patient has renal insufficiency.

The system prompts users with a few questions to narrow down specifically what is needed from an exam and to pull the appropriate guidelines. In the example of a head CT scan, the system will ask what the patient presentation is. If “headache” is entered, it will offer a dropdown menu of different types of patient presentations to select and then offer suggestions for different types of exams and the appropriateness criteria and radiation dose expected for each. MedCurrent maps out all the steps taken and attaches it to any orders to document the CDS process. This documentation will play an important role in the coming years as CMS begins requiring it for full reimbursement.

One of the most exciting information technologies has been IBM’s Watson artificial intelligence platform, which is being tailored for several industries, including medicine. Watson uses cognitive learning (also called machine learning) so it can teach itself about a subject and gain experience, similar to how the human mind can be trained in medicine and to make decisions or educated guesses based on years of schooling and on the job training. However, unlike a human mind, it can ingest data from thousands of sources in a short amount of time, such as reviewing vast numbers of articles, published protocols and guidelines on specific disease states to make accurate clinical suggestions. It also can be trained to look at thousands of radiology images to learn about different disease states and how they present on various imaging modalities. This might be used in the future to help offer CDS on diagnoses, beyond the level of support offered with current generations of computer aided detection systems. This would also go beyond the limits of CDS that only offered a search engine for relevant articles and guidelines that someone still has to read through.

Today, Watson can now look at a patient’s electronic medical record to instantaneously review labs, family history, radiology images and reports to offer a machine diagnosis or offer CDS using that patient’ s specific information.  These claims still need to reviewed and validated by the U.S. Food and Drug Administration (FDA), and IBM is already in the process of seeking FDA clearance. If approved, the technology will be groundbreaking.

IBM purchased EMR, PACS and CVIS vendor Merge Healthcare in 2015 to bring the Watson platform to market via an established health IT company. Merge’s enterprise archive also offers about 30 billion images, which Watson will use to learn about radiology from real anatomized exams and reports.

“It is really deep decision support,” said Steve Tolle, chief strategy officer and president, iConnect Network Services at Merge Healthcare. “It takes the information from all your peers and puts it into one place for personalized decision support. We have a very excited customer base because of the potential this system has.”

Tolle said while there is a lot of interest, there are still questions on how Merge’s CDS and the Watson system will work together. With the corporate consolidation only six months old, Merge is still building out its cloud platform to accept Watson when it commercially launches. When it does, Tolle said Merge will concentrate on creating a software-as-a-service (SaaS) subscription model, with Watson as an add-on.

Tolle said the goal of Watson and CDS is to better enable radiologists to serve as “the doctors’ doctor,” where all specialties come to radiology for answers to clinical questions and they can offer answers or suggestions beyond what they see in an X-ray picture. “Our goal is not to replace radiologists, it's to make them more valuable,” he added.

CDS tools to help physicians decide whether to use expensive imaging studies to reduce the ordering of unnecessary tests sounds good in theory, but implementation in real-world settings still has many challenges, according to a RAND Corp. study published in the June 2, 2015 edition of the Journal of the American Medical Association. During the two-year study, 3,340 clinicians placed 117,348 orders for MRI or CT procedures. CDS was unable to match most orders to appropriateness criteria because no appropriateness criteria were available for a particular test, or because the tool itself was not able to find matching criteria.

“The increase in orders rated as appropriate is promising, but the number of tests that were not rated indicates there is room for further improvement of these tools,” said Peter S. Hussey, lead study author and a senior policy researcher at RAND, a nonprofit research organization. “In our full report to Congress, we’ve outlined a series of improvements to the CDS tools that we expect can lead to greater reductions in unnecessary tests.”

“In response to these findings, we recommend that clinical decision support efforts should focus on tools that help clinicians perform their work more efficiently and effectively,” said Katherine Kahn, M.D., principal investigator on the study, senior natural scientist at RAND and professor of medicine at the David Geffen School of Medicine at the University of California-Los Angeles. “We need a more comprehensive set of evidence-based guidelines that cover a greater proportion of advanced imaging orders for Medicare patients, and provide better methods for communicating feedback to clinicians.” 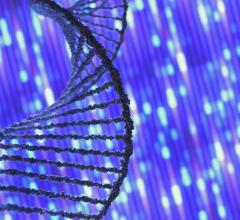