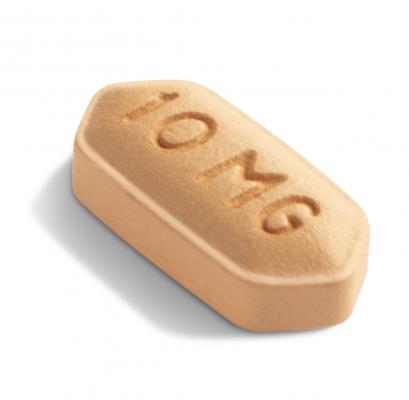 November 18, 2014 — Patients who took dual antiplatelet therapy medications beyond the standard 12 months after coronary stent placement were significantly less likely to develop blood clots within their stents or to have a heart attack than those whose treatment followed the standard 12 month protocol. This was according to data from the DAPT (Dual Antiplatelet Therapy) Study, a key late-breaking clinical trial presented at the American Heart Association’s Scientific Sessions 2014 in Chicago this week.
The trial compared 30 months versus 12 months of treatment with dual antiplatelet therapy consisting of aspirin plus either clopidogrel (Plavix) or prasugrel (Effient), following implantation of drug-eluting stents (DES). The study assessed the benefits of dual antiplatelet therapy for preventing stent thrombosis and major adverse cardiovascular and cerebrovascular events (MACCE; composite of death, heart attack or stroke) in subjects undergoing percutaneous coronary intervention (PCI) with DES placement for the treatment of coronary artery lesions. While clotting inside the stent or in other blood vessels may occur after one year, the benefit of continuing treatment was unknown. The DAPT Study was performed as a public-private partnership in response to a request from the U.S. Food and Drug Administration (FDA) to the manufacturers of FDA-approved coronary stents to examine this important public health question in a broadly-inclusive and well-powered study.
“The benefits of continuing dual antiplatelet therapy for 30 months were quite remarkable,” said the study’s principal investigator and lead author, Laura Mauri, M.D., M.Sc., an interventional cardiologist at the Brigham and Women’s Hospital, and associate professor of medicine at Harvard Medical School.  “The relative risk of a stent-related blood clot was reduced by 71 percent, compared with taking only aspirin after one year. The DAPT Study was the first and only study that was adequately powered to detect this benefit. Furthermore, the relative risk of heart attack was reduced by 53 percent by preventing these stent-related events, as well as by preventing events in vessels beyond the stented lesion. The study is a result of unprecedented collaboration amongst industry, government and academia, and valuable contributions from the investigators and patients.”
She explained the benefits with extended treatment were present across all stent and drug types included in the study. Additionally, the results were consistent regardless of patient characteristics, such as whether the stent was placed during a heart attack or whether the procedure was technically simple or complex.
“We believe that the overall benefits of continuing dual antiplatelet therapy to at least 30 months after treatment with drug-eluting stents outweigh the bleeding risks in patients without a history of major bleeding, and these results may warrant a shift in clinical practice. Our observations from a secondary analysis suggest that continued dual antiplatelet therapy beyond one year may be beneficial in patients treated with bare metal stents, but further study is required to discern if these patients derive equal benefit,” said co-principal investigator Dean Kereiakes, M.D., medical director of The Christ Hospital Heart and Vascular Center and The Carl and Edyth Lindner Center for Research and Education at The Christ Hospital, Cincinnati, Ohio.
Key Findings
Investigators found that study participants who took aspirin plus either clopidogrel or prasugrel for 30 rather than 12 months after stent placement:
• were 0.5 times less likely to develop in-stent thrombosis than patients who received dual therapy for 12 months, followed by aspirin plus placebo for 18 months (placebo group) and
• had about half the risk of having new heart attacks compared to the placebo group.
“Overall the benefits of longer therapy were very consistent throughout the types of patients we studied, and outweighed the risks,” Mauri said.
Although infrequent, one of the most serious risks after stent placement is the formation of a blood clot, either within the stent or in another blood vessel.
“The DAPT Study was the first and only study comparing durations of treatment with antiplatelet therapy that was adequately powered to detect a benefit on stent-related heart attacks,” Mauri said.
To prevent blood clots, standard post-stent treatment involves dual treatment with aspirin and another anti-clotting medication. European guidelines call for six to 12 months of this treatment and U.S. guidelines recommend it for 12 months after the procedure. What was unclear until now was whether extending this combined treatment for longer than 12 months could decrease the risk of in-stent thrombosis or whether it would prevent heart attack or stroke. The safety of longer-term treatment was also assessed in this trial.

The incidence of moderate or severe bleeding (by Global Utilization of Streptokinase and TPA for Occluded arteries, classification) was the primary safety endpoint and was significantly higher in subjects that received 30 months of dual antiplatelet therapy (2.5 vs. 1.6 percent, hazard ratio 1.61, P = 0.001), and did not meet the pre-specified definition of non-inferiority. Cases of severe or fatal bleeding, or intracranial hemorrhage were rare and did not differ significantly between the two arms. An increased risk of stent- and non-stent-related myocardial infarction was detected in the three-month period following discontinuation of active therapy in both treatment arms. Over the primary analysis period, cardiac mortality (0.9 vs. 1 percent, P = 0.98) and vascular mortality (0.1 vs. 0.1 percent, P = 0.98) were similar across the two arms, and all-cause mortality was 2 percent versus 1.5 percent (hazard ratio 1.36, P = 0.05).

Although moderate to severe bleeding was more common among the medication group than the placebo group in the study, fatal bleeding was rare among both groups of patients. While overall stroke rates and death rates were not reduced by extending the combined treatment, the investigators noted in a secondary analysis, including data beyond the time point after all patients had stopped the study drug (to 33 months), that death from any cause was 0.8 percent higher (2.3 vs. 1.5 percent) among the medication group compared to those on placebo. The study results were tracked during the study by a data safety monitoring committee, but this difference in risk was not evident until the end of the study, Mauri said.
Higher Rate of Death Shown in Data
A secondary analysis revealed that the higher death rate was attributable to trauma and cancer, according to trial data. All-cause mortality was 2.3 percent in the 30-month arm versus 1.8 percent in the 12-month arm (hazard ratio 1.36, P = 0.04). The higher mortality in the 30-month arm was driven by a higher rate of non-cardiovascular death. The observed difference in non-cardiovascular mortality was not entirely accounted for by differences in bleeding. While there was no difference between the study arms in new cancer occurrences reported over the course of the study, there were 22 more subjects with cancer at baseline in the continued treatment arm, and cancer-related deaths were 31 versus 14, P = 0.02. A blinded review of cancer-related deaths identified an imbalance in the longer-term treatment arm (8 subjects versus 1 subject in the placebo arm with the diagnosis of the cancer that led to death detected prior to enrollment in subjects that were subsequently randomized). When these subjects were excluded in a post hoc sensitivity analysis, the differences in mortality between the two study arms were no longer significant.
“However, there was no difference in the occurrence of new cancers,” Mauri said. “In retrospect, it appears that there may have been an imbalance between the groups in the number of patients with known cancer before enrollment in the study. Taken together with results from many other large studies of these medications, enrolling over 60,000 subjects worldwide, that show no difference in mortality, it seems likely that this finding was related to a chance imbalance between the groups studied in the trial.”
Prevention of heart attack and blood clots in stents with longer antiplatelet therapy was consistent in all patient groups, drug and stent types studied, Mauri noted, but “physicians should consider individual patient risks in prescribing dual anti-clotting therapy. In particular, the trial excluded patients with a history of major bleeding either before the stent procedure or within the first year of treatment.”
FDA Response to Increased Death
The study data release prompted a rare safety statement announcement by the FDA shortly after the data was presented. The FDA said it is evaluating preliminary data from the trial and noted the decreased risk of clot formation in stents, but also noted an increased overall risk of death compared to 12 months of treatment. The FDA said healthcare professionals should not change the way they prescribe these drugs at this time and patients should not stop taking these drugs because doing so may result in an increased risk of heart attacks, blood clots, strokes, and other major cardiovascular problems.
Trial Design
The American College of Cardiology and American Heart Association currently recommend at least 12 months of dual antiplatelet therapy for subjects undergoing PCI following placement of a DES. The DAPT Study was a prospective, randomized, double-blind trial that evaluated subjects treated with DES or a bare metal stent (BMS) at 452 centers in 11 countries. A total of 25,682 subjects were enrolled into the DAPT Study by Harvard Clinical Research Institute (HCRI) and from four participating stent manufacturer-sponsored studies that each followed the DAPT Study protocol.
DAPT was a five-year, international study. There were 22,866 patients received drug-eluting stents, and of these 9,961 patients (average age 62, about 25 percent female, and mostly from the United States) were randomized in the primary analysis. The investigators randomly assigned patients to one of the two groups, and neither investigators nor patients knew who was receiving medication versus placebo. The study took place from August 2009, to June 2014, at more than 450 sites in the United States, Canada, Europe, Australia, and New Zealand.
Limitations of the study include the fact that it only included patients who were known to have tolerated anti-clotting medication for a year; and follow-up ended after 33 months, even though the study data suggest that a longer course of treatment may provide additional benefit.
The results of the study were published simultaneously in the New England Journal of Medicine..
For more information: www.DAPTStudy.org
References:
1. Mauri L, Kereiakes DJ, Yeh RW, et al. Twelve or 30 Months of Dual Antiplatelet Therapy After Drug-eluting Stents. New England Journal of Medicine. Online ahead of print Nov. 16, 2014.
2. Elmariah S, Mauri L, Doros G, et al. Extended Duration Dual Antiplatelet Therapy and Mortality: A Systematic Review and Meta-analysis. The Lancet. Online ahead of print Nov. 16, 2014.
3. Stent Manufacturer-sponsored Studies Contributing to the DAPT Study, NCT00977938: ?TAXUS Liberté Post Approval Study, Boston Scientific Corporation, NCT00997503 ?XIENCE V USA DAPT Cohort, Abbott, NCT01106534?EDUCATE, Medtronic, Inc., NCT01069003?CYPRESS, Cordis Corp., NCT00954707