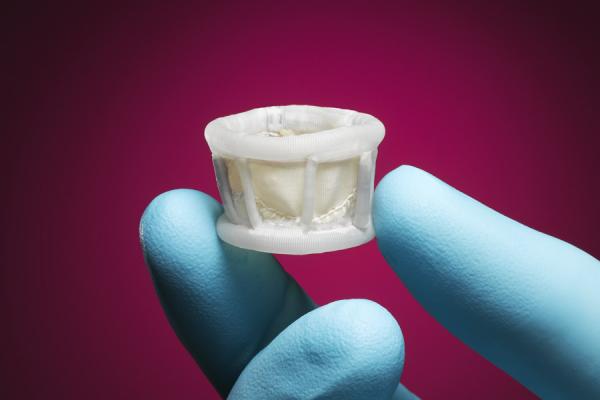 The DISCOVER Trial is a prospective, multicenter study of up to 100 patients conducted at 10 European sites of patients with severe aortic valve stenosis who require replacement of their native aortic valve but are at extreme risk for open surgical repair. The device studied was the Direct Flow Medical Transcatheter Aortic Valve System, which is endovascularly delivered via an 18 French introducer sheath. The trial was initiated in November 2011 and the first patient was treated at the L’Institut Jacques Cartier in Massy, France by Co-Principal Investigator Thierry Lefevre, M.D.

In the presentation of 30-day results for the pre-specified CE cohort of 33 patients reported by Co-Principal Investigator Joachim Schofer, M.D. from the Medical Care Center, Hamburg, Germany, all patients were successfully treated via a transfemoral approach using the low profile, flexible Direct Flow Delivery System. The primary endpoint, freedom from all-cause mortality from procedure to 30 days, was met at 97 percent. Freedom from all cause cardiovascular mortality at 30 days was 100 percent.

Importantly, the Direct Flow Valve resulted in 97 percent mild or less aortic regurgitation, with 81 percent of patients experiencing none/trace aortic regurgitation as reported by the study corelab. There were no major vascular complications in any patients post-procedure through 30 days even though the minimum vessel diameter treated in the study was 5.2 mm. The mean gradient pre-procedure to discharge and out to 30 days of 46, 13.6 and 12.9 mm Hg, respectively, demonstrated the ability to significantly reduce gradients over time. All hemodynamic results were analyzed by an independent imaging core laboratory.

Secondary endpoints (VARC defined Safety) had a combined Safety Rate of 9 percent. In the study, there were two strokes (major or minor) and one patient had a mild myocardial infarction. The device success rate was 97 percent. The average age of patients in the CE mark Cohort was 83 years, with logistic euroSCORE/STS Scores of 27 percent and 11 percent, respectively.

“We are pleased to report the positive initial results for the Direct Flow Valve, as it resolves one of the most important clinical issues in the rtTAVR market today — aortic regurgitation,” said Schofer. “In the trial, we also found that the device was easy to use, offered maximum control and resulted in precise placement. This novel device has the potential to improve clinical outcomes globally and better serve the needs of a growing patient population.”

The Direct Flow Medical Transcatheter Aortic Valve System is a novel system utilizing an inflatable cuff with a conforming polymer support structure. Inflatable rings at the top and bottom of the valve are designed to conform and seal above and below the native valve to virtually eliminate aortic regurgitation. The lack of a metallic frame allows for a low profile, flexible, fully-sheathed system with the potential to reduce bleeding and vascular complications, particularly in patients with tortuous and variable anatomy. Full-thickness bovine pericardial leaflets are incorporated in the valve design for durability. The valve can be repositioned even after the implant is fully expanded to its final configuration, providing a unique ability to assess clinical outcomes before final deployment.