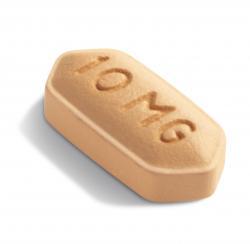 The optimal duration of DAPT has been a matter of debate since the introduction of DES. A meta-analysis using multiple analytical approaches to investigate mortality and other clinical outcomes with different DAPT strategies was conducted.

Researchers examined 31,666 patients from 10 randomized trials comparing different durations of DAPT in patients treated with DES. The primary endpoint was all-cause mortality. Secondary pre-specified endpoints included cardiac death, non-cardiac death, myocardial infarction (MI), stroke, stent thrombosis (definite or probable), major bleeding and any bleeding. DAPT duration was categorized in each study as “shorter” versus “longer,” and ?6 months versus 1 year versus ?1 year. Analyses were performed by both frequentist and Bayesian approaches.

“This meta-analysis found that in patients treated with DES, longer DAPT was associated with a 22 percent increased rate of all-cause mortality due to a 49 percent increased rate in non-cardiac mortality, with no significant difference in cardiac mortality. These results support a short-term (3 or 6 months) DAPT strategy in most patients, especially those at low risk of recurrent coronary events and stent thrombosis, and at high risk of bleeding.” said Gregg W. Stone, M.D., the study’s senior author. Stone is co-director of the Cardiovascular Research Foundation’s Medical Research and Education Division. He is also professor of medicine at Columbia University College of Physicians and Surgeons and director of cardiovascular research and education at the Center for Interventional Vascular Therapy at New York-Presbyterian Hospital/Columbia University Medical Center.

“However, an extended DAPT strategy (longer than 1 year) may still be appropriate in selected patients in whom prevention of stent and non-stent related coronary events are likely to offset the adverse events associated with extended duration antiplatelet therapy,” he added

“Establishing the optimal duration of DAPT after DES implantation is extremely important in balancing the risks of ischemic and bleeding complications. Therefore, an individualized approach in which the benefit-risk profile for each patient should be carefully considered. Further studies are required to model the demographic, laboratory-based and genetic variables that affect the benefit vs. risk balance of prolonged DAPT that might remove the guesswork from this equation,” concluded Stone.