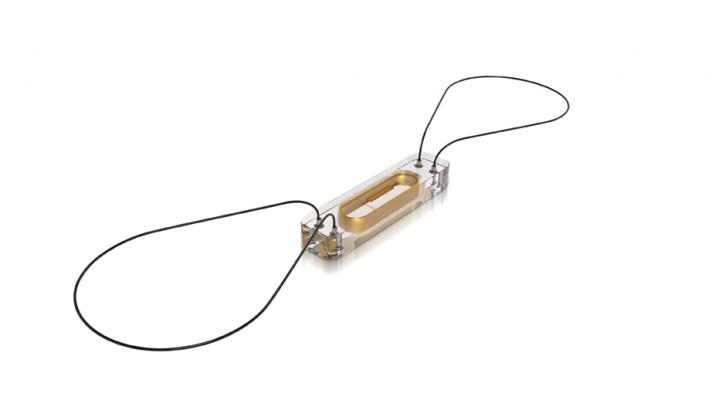 In the current era of healthcare reform with the overarching goal of reducing healthcare costs, heart failure (HF) management has taken center stage. It is the leading cause of hospitalization for adults over the age of 65 in the United States and accounts for more than 1 million hospitalizations annually, with Medicare expenditures of more than $17 billion.[1,2] It is apparent that current HF monitoring efforts are not adequate, which has led to great interest in more effective technologies.

For this reason, it was major news in late May when the U.S. Food and Drug Administration (FDA) granted market clearance to the CardioMEMS Heart Failure System. It is the first FDA-cleared HF monitoring device shown in clinical trials to significantly reduce heart failure hospitalizations and improve quality of life in New York Heart Association (NYHA) Class III HF patients. Many cardiologists have closely followed the system through its trials because of its potential impact.

“We see this as a game changer — this is on par with the FDA’s approval of beta-blockers and ICDs to treat heart failure. The data showed substantial improvements in the heart failure re-admission rates,” said William Abraham, M.D., FACP, FACC, FESC, professor of medicine and chief of the division of cardiovascular medicine, The Ohio State University Heart Center, Columbus. Abraham served as co-principle investigator for the CHAMPION trial, which led to the FDA approval.

The Centers for Medicare and Medicaid Services (CMS) have targeted HF to reduce its staggering costs of treating patients in an HF crisis, rather than less expensive outpatient treatments. Abraham said CMS is targeting these re-admissions with penalties to force hospitals to better manage these patients. In 2014 HF re-admissions will cost a hospital 2 percent of its reimbursement rate. In 2015, this will rise to 3 percent, which will likely cost some hospitals millions of dollars a year.

“With this device, we are moving heart failure from crisis management to a more proactive approach to keep their pressure lower and keep them out of the hospital,” Abraham said, explaining the current standard of monitoring patient weight to watch for fluid retention due to worsening congestive heart failure is a poor measure. He said weight can vary based on what a patient eats or drinks, and may not show a difference if a patient feels ill and does not eat, but is retaining fluid. “The goal is to make pressure the primary symptom for worsening heart failure,” he said. “It is a lot more accurate ­— weight is a very crude measure.”

The CardioMEMS system provides physicians with daily information on heart function, allowing prevention of heart failure decompensation and hospitalization. It uses a miniaturized, wireless pressure monitoring sensor implanted in the PA during a minimally invasive transcatheter procedure. The system allows patients to transmit this information from their homes to their healthcare providers, allowing clinicians to adjust medication and proactively implement other treatment options to avoid hospitalization and improve the patient’s condition.

HF progression over a period of days is known as acute decompensation and leads to hospitalization. Increased PA pressures precede indirect measures of worsening HF such as increase in weight and leg swelling.

The CardioMEMS HF System allows clinicians to stabilize PA pressures by proactively managing medications and other treatment options while also providing an early indication of worsening HF. “I believe this strategy has the potential over time to change heart failure. Not just to lighten the burdens every day or to decrease the number of hospitalizations, but to decrease the grim progression of the disease,” said Lynne Warner Stevenson, M.D., director of the heart failure program at Brigham and Women’s Hospital in Boston.

The CHAMPION Trial included 1,600 patients who were implanted with the device. Abraham said after eight years of collecting data, there have not been any instances of device failure. He said this is partly due to the unique design of the device, which does not use leads or have a battery. Instead, the external monitoring station portion of the system uses a pillow the patient places against their body containing a radiofrequency emitter that both powers the device transcutaneously and also acts as a data receiving system.

“As long as the patient’s parameters are within an average range, the physicians is not alerted,” Abraham said.

The transcatheter device is implanted using a standard right heart catheterization technique, using an introducer in the femoral vein. The device is positioned in the distal branch of the pulmonary artery and released. Abraham said the procedure is very simple and during the trial took an average of seven minutes to complete.

The CardioMEMS HF System is supported by strong clinical evidence, including data from the CHAMPION (CardioMEMS Heart Sensor Allows Monitoring of Pressure to Improve Outcomes in NYHA Class III Patients) trial published in The Lancet. The randomized, controlled CHAMPION clinical trial proved the effectiveness of the CardioMEMS HF System in NYHA Class III HF patients who had been hospitalized for HF in the previous 12 months. In contrast to large-scale studies of telemonitoring of weight, blood pressure and transthoracic impedance such as Tele-HF, TIM-HF and DOT-HF, the CHAMPION study showed that management based on PA pressures led to a clinically significant reduction in HF admissions. Specifically, the trial demonstrated a statistically and clinically significant 28 percent reduction in the rate of HF hospitalizations at six months, and 37 percent reduction in HF hospitalizations during an average follow-up duration of 15 months.

Unlike telemonitoring of weight and blood pressure, transthoracic impedance or intensified clinic follow-up, the CardioMEMS system has demonstrated the ability to significantly reduce heart failure hospitalizations in a large-scale clinical trial. This one-time implant, delivered using a catheter-based procedure, allows physicians to proactively manage pressures to an individually tailored target rather than reacting to symptoms once a patient’s heart failure has worsened.

“The treatment effect was real. There was a marked reduction in heart failure readmissions with the CardioMEMS device,” Abraham said. “There was a 28 percent reduction at six months compared to the control arm of the CHAMPION study. These are large reductions.”

Abraham said the CardioMEMS device will be ideal for NYHA Class III patients who have been hospitalized within the last 12 months for HF symptoms. He said these patients make up 30-40 percent of all HF cases and are often referred to as the “frequent flyers” because they are admitted regularly to hospitals to be treated for worsening and repeated fluid retention episodes. Abraham said it is easier to intervene early and prevent these patients’ conditions from worsening to Class IV HF, which often requires an LVAD or heart transplant for the patient to survive.

In September 2010, St. Jude Medical invested $60 million for 19 percent ownership of CardioMEMS, with an option to purchase the remaining 81 percent for $375 million. With the FDA approval, St. Jude immediately moved to complete the acquisition within days of the FDA announcement.

*Figure 1: The transcatheter device is implanted using a right heart cath and access in the femoral vein. The device is positioned in the pulmonary artery and released.
*Figure 2: The monitoring station uses a pillow containing a radiofrequency emitter that both powers the device transcutaneously and receives data from the device.