How Interventionalists Can Keep From Missing Coronary Stenoses 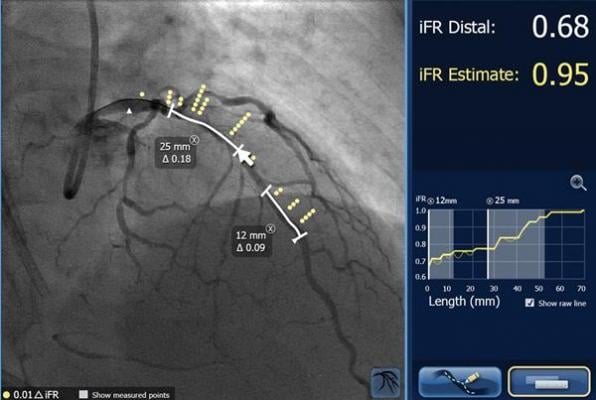 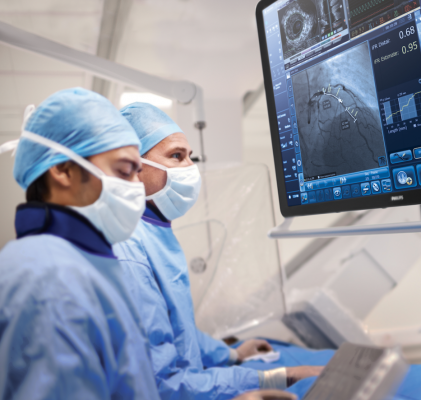 As many as one in four patients who undergo cath lab interventions can benefit from a technology that identifies the location of stenoses not resolved by initially performed percutaneous coronary interventions (PCIs) to relieve restricted blood flow.

According to results from an international study presented during the annual meeting (#ACC19) of the American College of Cardiology, as many as 25 percent of patients undergoing coronary interventions have unresolved stenoses in their coronary vessels. These stenoses may be caused by lesions that can be localized using a technology called iFR (instantaneous wave-free ratio, also referred to as instant wave-free ratio or instant flow reserve).

Invented by Justin Davies, Ph.D., a consultant cardiologist in the Division of Cardiology Cardiothoracic and Thoracic Surgery at Imperial College Healthcare NHS Trust in London, the iFR technology is already being used in cath labs around the world to determine the severity of coronary lesions. The international study, dubbed DEFINE PCI, whose results were presented at #ACC19, indicates that this technology can also be leveraged to determine the locations of stenoses that remain after initial PCI.

Use of the iFR technology for this purpose adds time to the intervention, but the patient deserves the extra effort, Davies said. “Doing the very, very best for our patients is really important,” he said, particularly considering that these patients have undergone the inconveniences and the radiation associated with PCI.

How iFR Can Be Used To Find Residual Lesions

Pressure sensors located at different points along the iFR wire may show differences in pressure.  These differentials may be apparent, when the wire is pulled back from the initial treatment site.  If the pressure drops, the interventionalist knows that residual stenosis lies somewhere between the two pressure sensors, Davies explained. The Philips Healthcare SyncVision iFR Co-registration maps the pressure readings onto the angiogram.

Patients may undergo PCI after complaining of angina, which may be caused by severe blood flow restrictions in the coronary arteries. The stenoses associated with angina reduce blood flow, causing ischemia in heart tissue. Under interventional X-ray guidance, clinicians maneuver a balloon catheter and coronary stent to the treatment area. These are then deployed in efforts to restore arterial blood flow.

“The pressure wire pullback (identifies) where in the artery there are still potential zones where we could be treating,” Davies told ITN and DAIC in an interview at Philips’ booth on the ACC exhibit floor.

Conducted at major U.S. and European medical centers, the DEFINE PCI study showed that the positive effects of coronary interventions in patients suffering from coronary artery disease may be limited by residual lesions. The study suggests that patient outcomes might be improved if the locations of these residual stenoses could be determined.

Philips, which sponsored the DEFINE-PCI prospective study of 500 patients, has licensed the iFR technology from the Imperial College, Davies said. The study, which determined the utility of iFR readings in identifying the locations of these lesions, was conducted “to the very highest levels of integrity. I feel very confident to stand by the results,” he said, noting that the study was conducted by the U.S.-based Cardiovascular Research Foundation and involved prestigious medical facilities including those at the Imperial College in the United Kingdom, as well as Duke Clinical Research Institute and Columbia University Medical Center, both of which are in the U.S.

The DEFINE-PCI study also confirmed the results of past studies, namely the iFR-SWEDEHEART and DEFINE-FLAIR trials, which had determined that a substantial minority of patients undergoing cardiac cath interventions do not benefit as much as they could.  Results from the most recent study underscored the findings of these previous studies, emphasizing “that there is further room for improvement,” Davies said.

“What this means is that we could get even better blood flow down the vessel; we could have even better relief of angina symptoms,” he continued. “Ultimately the patient will be the big winner from this.”