New Trends and Technology in Radiology

Trends and insights from RSNA 2012 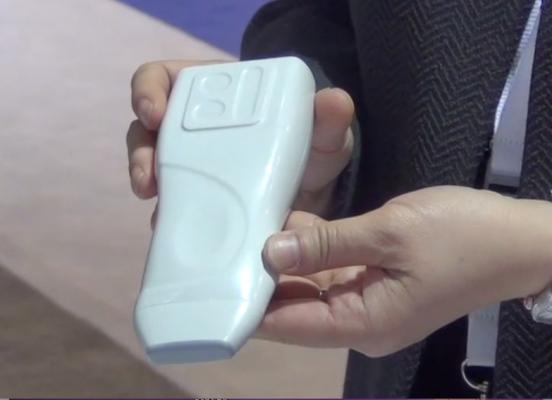 The Radiological Society of North America (RSNA) annual meeting has transitioned in recent years from an imaging device focus to an imaging information technology focus. The interest in software continued at this year's meeting, partly fueled by the need for healthcare organizations to meet Stage 1 and 2 meaningful use requirements. Two key trends seen all over the show floor — remote-viewing systems for radiology images and technology streamlined to aid workflow efficiency.

There was a proliferation of remote viewing systems to call up images on a Web-browser or ability to easily forward images from a PACS to referring physicians. This is a key radiology requirement in Stage 2 meaningful use to make imaging more accessible across healthcare. Currently, images are generally not accessible unless a physician has access to the hospital or imaging center’s PACS. If not, a CD is burned and sent by courier or mail, which does not always open and takes a long time to download datasets. If images are not accessible or CDs do not open, repeat imaging exams are often performed, driving up cost and exposing the patient to additional radiation.

The newer remote viewing systems allow access via e-mail or the Internet to images and reports through modules for a PACS, third-party standalone systems or linked to the facility’s archive/storage system. Most are cloud/Web-based systems so they can easily be accessed outside of a hospital’s computer system. All offer data encryption and password protection to meet HIPAA requirements.

Another trend across the show floor was the workflow efficiency. With imaging reimbursements decreasing and imaging departments being asked to do more with less with the current state of the economy and direction of healthcare reform, vendors have responded with increased automation and more ergonomic designs. Imaging and software systems are becoming much more intuitive to help speed exam times and workflow. Examples include new advanced visualization tools that auto segment and quantify anatomical structures or function, cutting hours of staff time. New PACS and RIS improvements are greatly reducing the number of clicks required to enter report information or to hang images. Simplified, automated protocols on the imaging systems themselves are also helping technologists perform exams more quickly and efficiently, especially on CT and MRI systems.

Legislation in several states now mandates physicians alert patients if they have dense breast tissue so they understand their chances of misdiagnosis and of the possible need for other exams, such as PET, MRI or ultrasound. Vendors showed several versions of software to help clinicians meet the new requirement. New software is being developed to offer a consistent measure of density that is not biased by the personal interpretation of various users.

Matakina International released a new version of it Volpara Imaging Software, which expands the number of digital mammography systems on which its breast density reporting software can be used. While some mammography systems offer breast density percentages, they vary on how it is calculated by vendor and machine. The Volara system can be added to most vendors’ systems, including Fuji, Philips, IMS Giotto and Medi-Future, in addition to processing mammography studies acquired on GE, Hologic and Siemens digital mammography systems. The system analyzes each pixel and uses areas of 100 percent fatty tissue as a baseline to build a density map. It generates an automated, objective report with the percentage of fibroglandular, breast issue volume and breast density. It uses standard BIRADS classifications of density.

Controversial guidelines issued by the U.S. Preventive Services Task Force (USPSTF) in 2009 recommending that routine screening with mammography be done every two years for women 50 to 74 years old, contrary to the traditional recommendation for screening to begin for all women over the age of 40, appear to be leading to missed cancers and a decline in screening, according to two studies presented at RSNA 2012.

For one study, researchers analyzed the impact of these guidelines on women between the ages of 40 and 49. They found that almost 20 percent of cancers detected with screening mammography were among women in their 40s. “It seems unacceptable to potentially miss nearly 20 percent of the breast cancers we are identifying,” said study co-author Elizabeth Arleo, M.D., assistant professor of radiology at New York – Presbyterian Hospital – Weill Cornell Medical College. “Our data favor the American Cancer Society recommendations of annual mammograms starting at age 40,” she added.

The second study presented, lead by David C. Levin, M.D., professor and chairman emeritus of the Department of Radiology at Thomas Jefferson University Hospital in Philadelphia, analyzed Medicare data for 2005-2010. From 2005 to 2009, the compound annual growth rate for screening mammography utilization was 0.9 percent, compared to a 4.3 percent decline in the utilization rate from 2009 to 2010.

“We’re not able to tell from the data whether this significant drop in utilization was a result of women deciding to wait another year to have their mammogram, or women over the age of 74 not having the exam. But, clearly, the new USPSTF guidelines have had an effect,” said Levin, calling the drop in utilization rate concerning.

• Obesity is epidemic in the United States, and many vendors are addressing larger patients with properly sized tables, C-arms, bore openings and transducers with better adipose tissue penetration.

• More cost-effective radiology solutions were emphasized by vendors and moved to the front of many booths. Starting at last year’s RSNA, the big vendors began de-emphasizing their high-end, most expensive systems in favor of those that more realistically reflect the current economic reality. For example, several key imaging vendors showed how lower-volume hospitals can use one wireless digital radiography (DR) detector for multiple machines so they do not need to purchase several at a cost of about $100,000 each.

• Radiation dose monitoring solutions have been shown at previous RSNAs, but were highlighted this year as several states began implementing requirements for radiology departments to record patient dose.

Wireless Transducer — Siemens introduced the world’s first wireless transducer ultrasound system, the Acuson Freestyle. It eliminates the impediment of cables in ultrasound imaging. The Freestyle is a point-of-care system that will expand ultrasound’s use in interventional and therapeutic applications. The transducer can be used to image up to 10 feet from the console. Siemens said it hopes to refine and expand the wireless transducer technology to its other systems in the coming years.

Noiseless MRI — GE Healthcare introduced its 510(k)-pending noiseless MRI Silent Scan technology it hopes to introduce in 2013 for its MR450W system. The technology addressed one of the most significant impediments to patient comfort — excessive noise generated during the exam that can be in excess of 110 decibels. A combination of software and a pulse sequence lowers the noise level to that of a chirping bird outside a window.

640-Slice CT Scanner — Toshiba unveiled its 640-slice Aquilion One Vision edition CT scanner. The vendor already offers the highest-slice system on the market, the 320-slice Aquilion One. The new system is equipped with a gantry rotation of 0.275 seconds, a 100 kw generator and 320 detector rows (640 unique slices) covering 16 cm in a single rotation, with the industry’s thinnest slices at 500 microns (0.5 mm). The system can accommodate larger patients with its 78 cm bore and fast rotation, including bariatric and patients with high heart rates.

Peri-Operative MRI — Philips showed a next generation Ingenia MR-OR solution for intra-operative neurosurgery. It uses a shielded room with doors opening into two ORs on either side. A track system allows an MRI-safe surgical table to be moved so the patient can be imaged, and then taken back into the OR. Philips is attempting to take an early lead in interventional MRI. The company is also developing live MRI as an interventional imaging system to replace angiography for complex interventional procedures. This type of system is already used for procedures at the National Institutes of Health.

OLED Displays — Flat panel display technology migrated from CRT screens to LCDs over the past decade. The next major innovation in display technology is OLED, which offers even smaller components, quicker response time than LCD, and the ability to display quick motion with virtually no blur. Sony showed the new PVM-2551MD OLED medical-grade monitor, which incorporates technology to achieve pure black, faithful to the source signal. By providing superb color reproduction, especially for dark images, surgeons can observe very subtle details such as the faint color difference between various tissues and blood vessels.

Flexible MRI Coils — GE, Toshiba and Philips displayed flexible MRI coils to better mold to the anatomy of patients over the current stand of hard coils. The flexible coils enable better image quality because of their closer proximity to the patient, and aid in patient comfort.