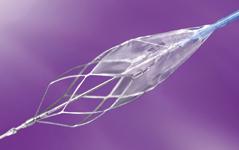 Interventional procedures such as stenting and atherectomy knock loose plaque, causing complications downstream, including stroke. This concern is particularly important in carotid artery stenting, where vessels offer a direct path to the brain. Embolic protection devices were created to prevent emboli from traveling to the brain, but are also used for microcirculatory protection in the renals, lower peripherals and when treating saphenous vein grafts (SVG).

There are three types of embolic protection devices: filter baskets, distal occlusion balloons and proximal occlusion balloons. Baskets use a mesh filter deployed past the target lesion to catch debris and allows blood flow during the procedure. Critics say small emboli can pass through the holes in the mesh, may flow around a device with poor vessel wall apposition, or the device itself may knock loose debris crossing the lesion. Some users say debris can clog the filter, requiring removal, cleaning and repositioning to continue the procedure. Filter baskets show high capture efficiencies in trials and offer more comfort to patients.

Distal occlusion balloons are also delivered past the lesion site, inflated to temporarily occlude the vessel, and the emboli are aspirated prior to deflation. The devices tend to be smaller than filters. The balloons prevent any debris from slipping past. However, they may cause patient discomfort due to the blocked blood flow.

Proximal occlusion balloons are placed before the lesion to stop blood flow during carotid stenting. The balloon blocks the common carotid artery and forces the blood flow to reverse into the internal carotid. A second balloon is used to occlude the external carotid artery. Because the balloons are delivered ahead of the lesion site, is reduces the risk that device delivery itself will cause emboli. The procedure is more complicated than the use of other devices.

“There are lots of different devices out there and people have a tendency of jumping around using different devices, but I think they should stick with one or two devices they feel comfortable with,” said John R. Laird, M.D., professor of medicine and medical director at the vascular center at the University of California Davis Medical Center in Sacramento. He said complications can result from using a variety of devices, since each one is a little different.

Dr. Laird has used several embolic protection devices, The newest is the Mo.Ma proximal protection device from Invatec, released last fall. The 9 French device consists of balloons on the tip and proximal shaft that inflated in the external carotid artery and the common carotid artery to suspend blood flow during stenting. Guide wires, stents and balloon catheters are used in this protected environment to treat the target lesion through the device, which serves as a guiding catheter. The blood is then aspirated.

“It has been shown to be very effective,” Dr. Laird said. “Studies show the stroke rates with Mo.Ma are very low.”

He likes the device because he is a fan of aspiration for complete removal of emboli. “The advantage of proximal protection is you have protection during the whole procedure,” Dr. Laird said.
Invatec’s FiberNet, introduced in 2008, uses a matrix of fibers. The low-profile filter is mounted on a guide wire and has no delivery system. After the procedure, the filter is drawn into a retrieval catheter under aspiration.

Released in 2009, the The GORE Flow Reversal System is designed for carotid stenting. W. L. Gore and Associates said blood flow is reversed prior to crossing the lesion. The common carotid and external carotid are occluded. By establishing an arterio-venous shunt, blood from collateral vessels via the Circle of Willis is redirected to the lower pressure venous return.

In 2009 Abbott released its Emboshield NAV6 device. It improves deliverability and ease of use with Abbott’s BareWire technology, allowing for wire movement independent of the filter, giving physicians more control.

Boston Scientific released FilterWire EZ in a 2.25–3.5 mm size in 2008. It is designed to contain and remove emboli dislodged during SVG interventions.

The GORE Embolic Filter is being tested in the EMBOLDEN clinical trial, which began enrolling patients in January. It has a low crossing profile, smooth tip transitions and reliable vessel wall apposition. It uses a diamond frame to optimize apposition, even in tortuous vessels.

Dr. Laird said a technology to watch is the Angioslide, which has European approval. It’s an angioplasty balloon that has a central rod, which is pulled to fold the balloon in to itself, creating a cavity inside the balloon. This also creates negative pressure, drawing debris into the cavity. When deflated the emboli are secured inside.

The MGuard coronary stent from InspireMD, approved for use in Europe, uses a flexible fishnet-like, micron level knit sleeve wrapping the stent to encapsulate potential embolic debris against the artery wall.