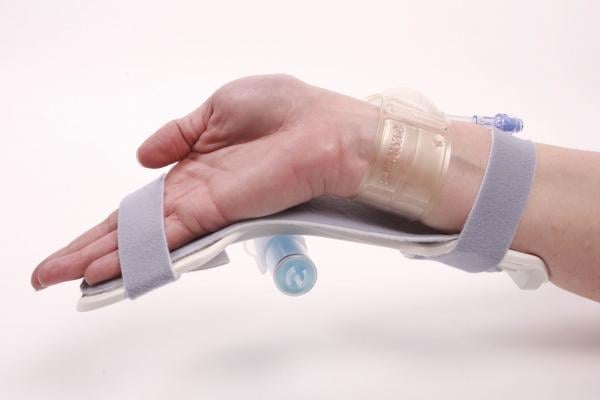 Transradial access for percutaneous coronary intervention (PCI) in the United States has grown rapidly over the past 20 years to between 40-50 percent of PCI cases today. Clinical studies have continued to support the usage of radial access as a way to reduce vascular and bleeding complications, but in recent years, data appears to show benefits in mortality and a reduction in acute kidney injury over use of the old standard of femoral artery access.

“We have seen this really dramatic adoption of radial access from between 2004 and 2007, when it comprised less than 1 percent of all procedures being done in the U.S.,” said Sunil Rao, M.D., chief of cardiology, Durham VA Health System and a professor at Duke University. "The latest data I have seen is from the second quarter of 2018 where about 40.7 percent of procedures in the U.S. were being performed with radial access. In 2019, it is likely higher because that growth slope has not shown any signs of an inflection point."

Overall, Rao said the growth of transradial artery access has been very rapid. Rates of radial use in 2015 were still only at about 15 percent. He said there has been a large amount of compelling data showing improved outcomes with radial access. That might be driving some operators to transition to transradial, but he said the biggest driver is likely the fellows coming out of training in recent years who have been trained from the start on how to use radial access.

"There is a plethora of data we have now. We are looking at 20,000 patients who have been randomized in trials showing us the benefit of radial access over femoral access for decreasing vascular and bleeding complications," said Prashant Kaul, M.D., director of the cath lab, Piedmont, Atlanta. 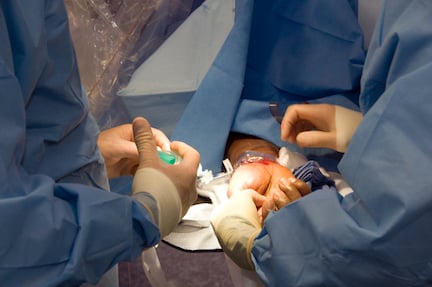 The growth in radial access usage and the large amount of new clinical study data prompted the Society for Cardiovascular Angiography and Interventions (SCAI) to release an updated expert consensus statement in January 2020 for the best practices for transradial artery access used for diagnostic angiography and interventional procedures.[1] This updates the 2013 publication of the “SCAI Best Practices for Transradial Angiography and Intervention.” The society said the body of evidence for both the technical aspects of transradial procedures and their application has changed considerably over the past seven years. Notably, several randomized and observational studies have been conducted to address previously unanswered questions described in the initial publication. In response, SCAI convened a panel of experts to summarize the available contemporary data and reach a consensus on how these findings should be translated into clinical practice.

Ongoing trials have shed further light onto the safest and most efficient methods to perform these procedures. The new document comments on the use of ultrasound to facilitate radial access, the role of ulnar artery access, the utility of non‐invasive testing of collateral flow, strategies to prevent radial artery occlusion, radial access for primary PCI and topics that require further study.

SCAI said in January 2020 that about 50 percent of PCI is now performed using radial. This is based on data from the American College of Cardiology (ACC) National Cardiovascular Data Registry (NCDR) CathPCI Registry.

Early on radial access was all about lowering bleeding complications in patients and enabling faster ambulation of patients. However, in recent years, Rao said there has been growing focus and controversy over a possible trend showing improved mortality outcomes in patients who undergo radial procedures. Mortality improvements were seen in a few STEMI trials, including MATRIX and a sub-study in RIVAL Trial looking at access site and bleeding outcomes.

The most recent study looking at this was the SAFARI STEMI Trial presented at ACC 2019. It randomized nearly 2,300 patients to femoral and radial access and looked at 30-day mortality. However, the trial was stopped after about half enrollment because of futility and it appeared unlikely the trial would show any difference between the two arms. Rao said the authors did an updated meta-analysis where the SAFARI STEMI data was pooled with other STEMI trials. "There still seems to be a benefit of radial access that is statistically significant," Rao said.

"There is a really fascinating analysis that was published by the MATRIX investigators suggesting that the mechanism by which radial may reduce mortality is not necessarily through a pathway of reducing bleeding, but in fact may be because it reduced acute kidney injury," Rao said. "This is a really provocative hypothesis worth exploring. Even after adjusting for contrast use, there was an effect from using radial. We think the mechanism might be because you are coming from above and you are not going up and down an atherosclerotic aorta, so you reduce atherosclerotic emboli."

Benefits offered by radial access has caused a migration to the new access route, but comparisons of data show a growth in the rate femoral vascular access site complications. This has been dubbed the "Campeau Radial Paradox," where sites that have adopted radial access begin to see a proportionally greater incidence of vascular access site complications when performing femoral access.[1] While the first impression is that operators are losing their femoral access skills when they start using radial for the majority of cases, Rao said this increase in femoral complications are more nuanced.

Rao said the patients getting femoral access at centers that have converted to radial tend to be the sickest patients — the ones who go into shock or need mechanical circulatory support, requiring large bore access through the femoral artery. So, he said it is not necessarily that operators are losing their skills for femoral access, but that the issues are more nuanced in patients needing femoral access. However, he said another study from the U.K. comparing radial vs. femoral complications found no differences between the groups.

Another group of hospitals in Michigan have seen radial access usage rise to about 45 percent, Rao said. A review of those centers found femoral complications rose from about 1.5 percent to about 2.2 percent, so it is something that needs to be monitored.

Rao believes radial should be used for PCI, and preserve the femorals for large bore access in the cases of hemodynamic support, endovascular repairs or structural heart procedures. 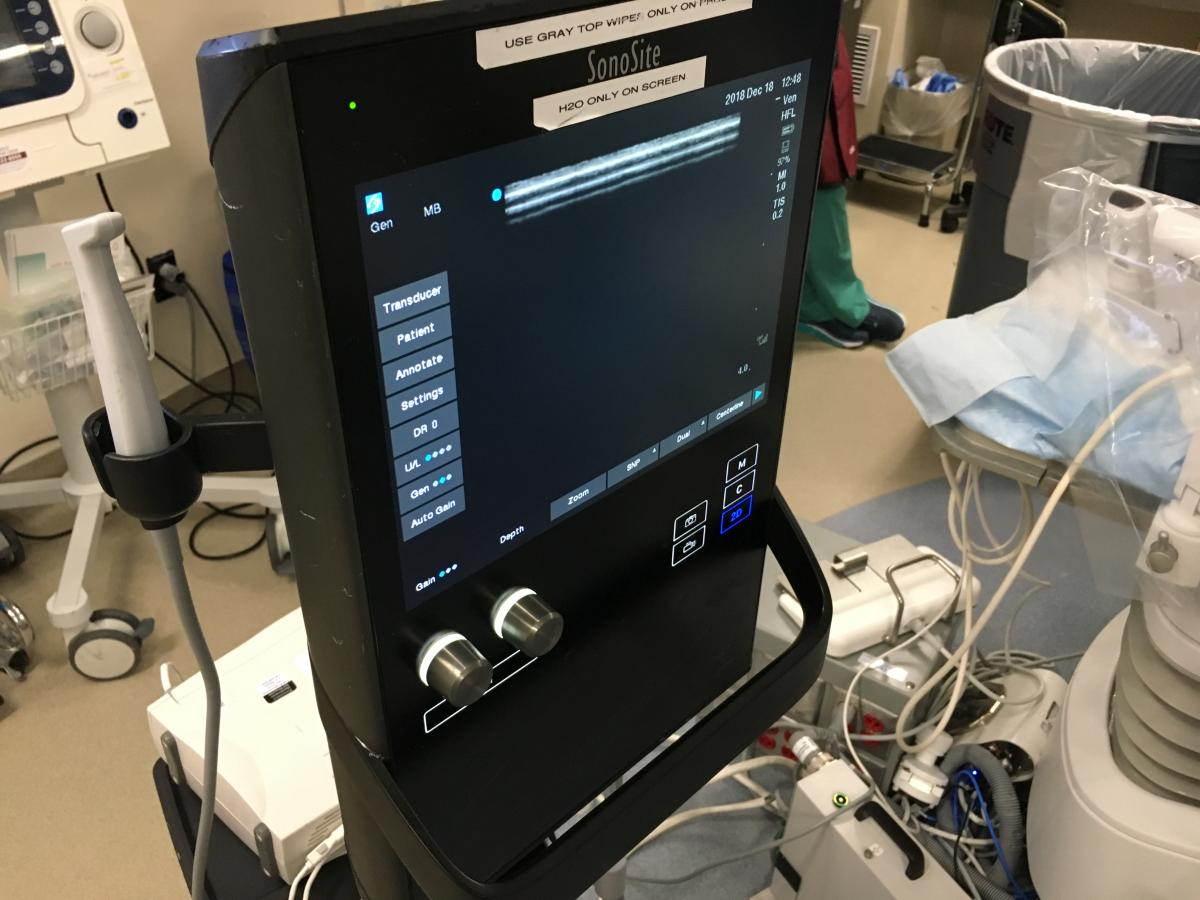 Kaul agreed and said complications can be mitigated by using proven methods to increase safety, including the use of ultrasound to guide access. "In the era of large bore vascular access requirements for structural heart procedures and peripheral vascular procedures, its incumbent on us to use best practices, which today means use of ultrasound guided access with fluoroscopy, whether that's for radial, femoral, axillary or carotid access," Kaul explained.

"Just to remind everyone, the use of ultrasound for venous access in the ICU is considered a quality metric, so it has always been fascinating to me that when we are accessing an artery we don't use it," Rao added. He explained his center now routinely uses ultrasound for femoral access. They also are starting to use it to better assess the radial artery to determine the size of the radial and ulcer, and determine which vessel would be more comfortable for the patient to access.

Find more news and on transradial access technique and technology