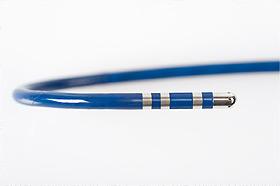 August 20, 2013 — St. Jude Medical Inc. announced the acquisition of Endosense SA, a Switzerland-based company that has pioneered contact-force measurement in catheter ablation. The acquisition adds to the company’s electrophysiology portfolio and provides a robust platform for future product development.

St. Jude Medical has made an initial payment of approximately 159 million Swiss francs ($170 million) and acquired 100 percent of the outstanding equity of Endosense. The terms of the transaction also provide for an additional cash payment of up to 150 million Swiss francs ($161 million), which is contingent upon both the achievement and timing of a regulatory milestone. The company funded the initial payment using available cash from outside of the United States and expects to make any future payments using these same cash balances. Except for acquisition-related expenses, this acquisition does not impact St. Jude Medical’s outlook for 2013 consolidated earnings per share.

“Force sensing is a tremendous advancement in cardiac ablation that will potentially improve safety and efficacy, likely becoming a standard for all cardiac ablations,” said Vivek Reddy, M.D., professor of medicine and principal investigator in the TOCCASTAR trial at Mount Sinai Hospital, N.Y. “As the first and most studied force-sensing catheter on the market, TactiCath now provides St. Jude Medical with a best-in-class ablation catheter."

There is a growing body of evidence to support the safety and effectiveness of contact-force ablation technology, including Endosense’s TOCCATA, EFFICAS I and EFFICAS II studies, which have collectively demonstrated safety and reduced rate of AF recurrence when contact force was used. TactiCath is CE mark-approved for atrial fibrillation and supra ventricular tachycardia (SVT) ablation. In addition, Endosense has recently completed its investigational device exemption (IDE) trial, the TOCCASTAR trial, and plans to submit its pre-market approval (PMA) application to the U.S. Food and Drug Administration (FDA) in support of a paroxysmal AF indication before the end of 2013.