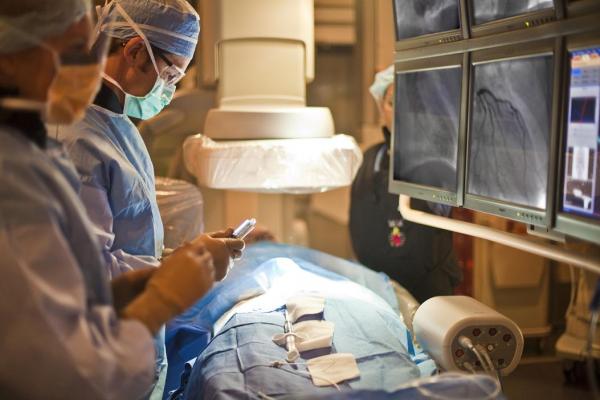 The healthcare sector in the United States is facing several reforms, mainly from the implementation of the Patient Protection and Affordable Care Act. However, the results from a survey of 1,710 cath lab clinicians projected a positive outlook for participating clinical professionals with the majority of the respondents reporting higher wages and more than three quarters of the respondents expecting to receive annual salary increases. This indicates that the trend toward higher wages will continue going forward.

SpringBoard Inc., a contract medical professional search services firm, recently released findings from its 2013 Cath/Interventional Radiology/Electrophysiology (cath/IR/EP) Lab Wage Survey. From the findings, the average hourly wage of a cardiac cath lab (CCL) specialist in 2013 was $33.97, which is approximately $1 higher than the average for 2011. This represents a 3.02 percent year-on-year raise. Of those earning an hourly wage, only 22.2 percent said they did not receive an annual wage increase in 2013.

Several factors were observed to contribute to higher wages amongst the respondents, and an understanding of these factors can help make important decisions relating to career progression. The first factor that was observed to influence higher wages for respondent professionals was certification. The survey proved that it pays much less to be without some form of certification, as employers are seeking workers with formal training and individuals who have gone through an accredited program. This reflects what recruiters are seeing in the marketplace.

The Registered Cardiovascular Invasive Specialist (RCIS) credential continues to be the most popular certification for cath lab professionals and is still considered to be the only credential, which represents attainment of all the fundamental knowledge required to work in a cardiac catheterization laboratory. Registered nurses however seem to favor the critical care nursing (CCRN) certification, which is specific to nursing, and therefore CCRN was observed to be the second most popular certification.

The survey showed that the majority of cath lab workers are highly experienced professionals. Only 2 percent of the respondents stated they had less than one year experience. Fifty-six percent of the respondents stated they had more than 10 years experience. This reflects the trend seen in many CCL job position openings, where most employers are seeking professionals with more than three years experience. This could also be an indication that many of the cath lab workers are happy working there and hence the high number of highly experienced professionals within the industry.

The other factor that influenced wages for cath lab workers was geographic region. The survey showed that those working in the West region commanded on average the highest wages, followed by those in the Northeast, Midwest and South. One of the interesting observations made was the direct correlation between the unemployment rates as provided by the Bureau of Labor Statistics and higher wages. While the West is the best paying region, it also had the highest civilian unemployment rate of 7.8 percent as of June 2013, while the South had the lowest rate at 7.2 percent.

From the survey, it was also observed that the geographical market of the worker had an impact on wages, with those working in a greater metropolitan area earning the highest followed by urban workers and suburban workers, while rural workers earned the lowest wages. This is consistent with the Bureau of Labor Statistics Consumer Expenditure Survey (CE) 2011 findings, which examined the demographic characteristics and spending habits of urban and rural households in the United States. The Bureau of Labor Statistics found that urban households received $15,779 (32 percent) more in yearly income than rural households and that urban households spent $7,808 (18 percent) more than rural households. One can therefore conclude that the cost of living is lower in rural areas; hence the lower wages for workers working in the rural geographic market. This is consistent with the findings of the cath lab 2013 survey.

Another factor observed is the type of institution where the worker is employed. The survey suggests that for cath lab workers, government/military institutions offer the highest wages while private practice institutions offer the lowest wages. This is consistent with a recent Congressional Budget Office report that showed federal employees receive 16 percent more in compensation than private sector workers with similar characteristics. The cath lab 2013 survey showed that the difference between the best paying and lowest paying institutions is significant, with an average difference of $7.12 between government institutions and private practice. This agrees with the Congressional Budget Office report.

Cath lab staffing needs seemed to be uniform across all types of institutions, as an analysis of survey results showed there were responses from holders of all different types of certifications in different types of institutions. This confirmed that the different certifications are still considered important and are required in the cath lab. The highest percentage of respondents in the 2013 cath lab survey said they worked in hospitals (82.7 percent) followed by academic/teaching institutions (13.2 percent), government/military institutions (2.5 percent) and private practice (1.2 percent), while only 0.4 percent of respondents worked in vendor/industry type of institutions.

Other factors queried in the 2013 survey that would be of importance to a cath lab professional in making career decisions included the availability of on-call work. About 71 percent of the respondents in the 2013 cath lab survey said they worked on-call at their current facility, with the average hourly on-call wage for cath lab professionals being $5.88. Some workers also reported receiving annual bonuses in different forms such as fixed dollar amounts, gift cards or a percentage of their earnings.

The results from SpringBoard’s 2013 Cath Lab Survey show all factors pointing toward growing wages, continued demand for cath/IR/EP professionals and a generally positive outlook of the industry going forward.