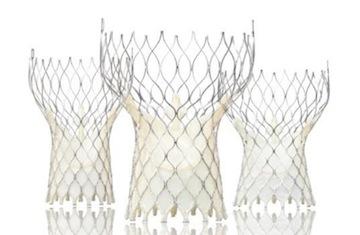 Cardiologists are restricting the use of transcatheter aortic valve implantation (TAVI) to very old or very sick patients at high surgical risk, according to research presented at the recent European Society of Cardiology (ESC) Congress. The first results of the Transcatheter Valve Treatment (TCVT) Sentinel Pilot Registry were presented by registry chairman Professor Carlo Di Mario.

The registry is part of the ESC Euro Observational Research Programme (EORP) of surveys and registries.

The presentation reveals current usage of the most modern TAVI valves and catheters in Europe, and compares indications, techniques and outcomes between different countries. “TAVI is a new technology which has been introduced in Europe but many question marks remain on which patients are most suitable,” said Professor Di Mario. “We set up this registry because it was important to have a clear picture of clinical practice in Europe. Since our study was conducted during 2011-2012 we only included the very latest valves and delivery systems and this, together with the increased operator experience, probably explains the reduction in complications from previous studies and registries.”

The registry included 4,571 patients who underwent the TAVI procedure using the Sapien XT or the CoreValve between Jan. 2011 and May 2012. Patients were from 137 centers in Israel and nine countries in Europe (Czech Republic, France, Spain, Switzerland, U.K., Italy, Poland, Belgium and Germany).

The average age of patients was 81.4 ± 7.1 years, with equal numbers of men and women. There was a high prevalence of comorbidities in all patients, but patients who were 80 years old or younger had a greater incidence of diabetes, COPD, extracardiac arteriopathy (carotid, peripheral), permanent renal dialysis, previous myocardial infarction, previous cardiac surgery or percutaneous coronary intervention (PCI), previous aortic valve replacement (valve-in-valve procedure). Professor Di Mario said, “This shows that the use of TAVI in younger patients has been restricted to those with more comorbidities, who therefore have high surgical risks.”

The most frequent complication was bleeding requiring blood transfusion(s). The incidence was greater than 20% for the transapical and trans-subclavian approaches and 15.0% for the transfemoral approach (p<0.01).

The length of hospital stay was 9.3 ± 8.1 days. There was wide variation between countries, from 7 days in Switzerland to more than 12 days in Poland. Patients who received general anesthesia had longer hospital stays than patients who received local anaesthesia (10.2 ± 8.7 days vs 7.9 ± 6.1 days, p<0.01). Hospital stays of more than 10 days occurred in 43.8% of patients treated with a transapical approach, 39.5% treated with other surgical approaches and 22% of patients treated transfemorally.

“Anesthesia has a big influence on cost, duration of the procedure and length of hospital stay,” said Professor Di Mario. “There are big differences between countries in the type of anesthesia used. Poland and the U.K. conduct most transfemoral procedures under general anesthesia while Switzerland and Italy use local anesthesia for more than 60 percent of these procedures.”

Pharmacological treatment varied greatly between countries. There was relatively low use of aspirin (64.3%) and clopidogrel or other thienopyridines (32.6%) at discharge. Professor Di Mario said: “This finding suggests poor compliance with the recommended strategy of using a combination of the two drugs at discharge after TAVI.”

He added, “With an in-hospital mortality of 7.3 percent, this contemporary registry of the most up-to-date valves and delivery catheters shows that TAVI remains a high risk procedure when applied to very old patients or patients with significant co-morbidities who are poor surgical candidates.”

Professor Di Mario continued, “We now have a clear understanding of how TAVI is being used in these 10 countries. In the majority of cases, patients are very old and very sick, with lots of comorbidities which would have made their journey to surgery a nightmare.”

He concluded, “The next step we are considering will be to launch a permanent registry that involves all countries in Europe. Collecting information on how devices are used, whether they are used appropriately and how practice varies between countries offers enormous opportunities to provide data to regulatory authorities, monitor adherence to best practice guidelines and improve care for patients.”